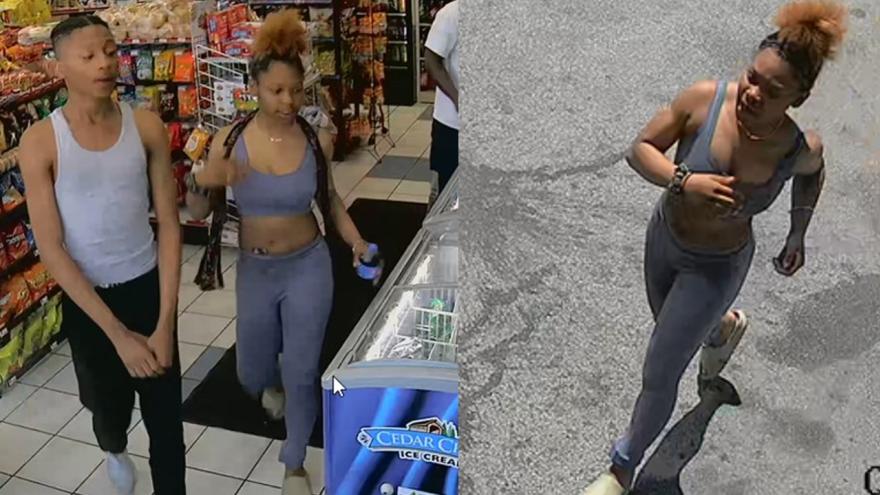 MILWAUKEE (CBS 58) -- Milwaukee police are requesting the public's assistance in identifying and locating the suspects wanted in a robbery that occurred on June 21.

Police say around 11 a.m., a suspect approached and used force to take property from a victim near Cass and Juneau Avenue. Three suspects then fled in a vehicle, which has since been recovered.

Suspect #1 is described as a 15 to 18-year-old African American female, 5'2"-5'4", with a thin build and red hair in a ponytail. She was last seen wearing a light purple sports bra and yoga pants.

Suspect #2 is described as a 15 to 17-year-old African American male with a thin build and braids to the back of his head. He was last seen wearing dark pants and a white tank top.

Suspect #3 (not pictured) is described as a 16 to 18-year-old African American male, 5'6"-5'8", with dreads to the shoulders. He was last seen wearing a black T-shirt and black and white tennis shoes.

Anyone with information is asked to contact Milwaukee police at 414-935-7360 or to remain anonymous, contact Crime Stoppers at 414-224-TIPS.