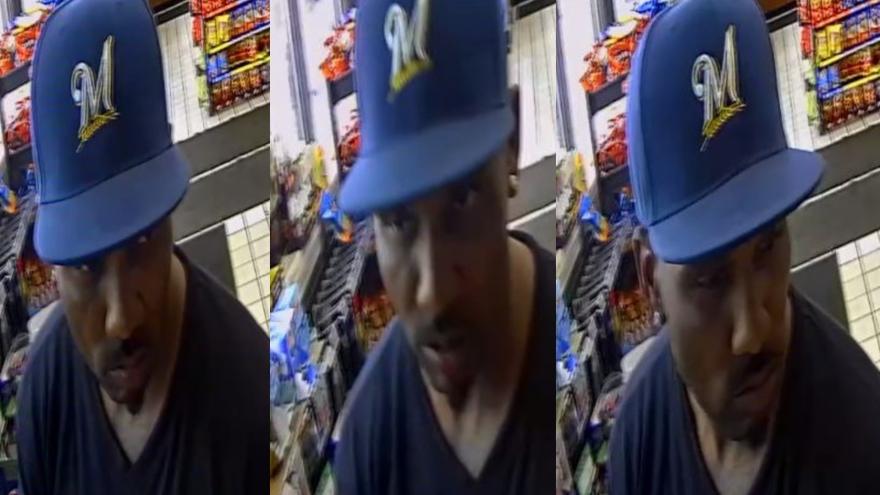 MILWAUKEE (CBS 58) -- The Milwaukee Police Department is seeking the public's assistance in identifying a suspect wanted for an armed robbery that occurred Tuesday afternoon.

The incident happened near 42nd and Greenfield Ave around 12:15 p.m.

Police say the victim was confronted by a suspect and robbed at gunpoint for money. The suspect then took the victim's vehicle and parked it at a different location. The suspect was picked up by an individual in a dark blue Chevy Malibu.

The suspect is described as a black male, 30 to 35 years old, standing 5'8" tall with a medium build, goatee, and tattoos on his neck. He was last seen wearing a Milwaukee Brewers baseball cap with the letter "M" on the front, a blue T-shirt, dark colored shorts, black socks and blue shoes. He was armed with a handgun.

Anyone with information is asked to call the Milwaukee Police Department at (414) 935-7360.