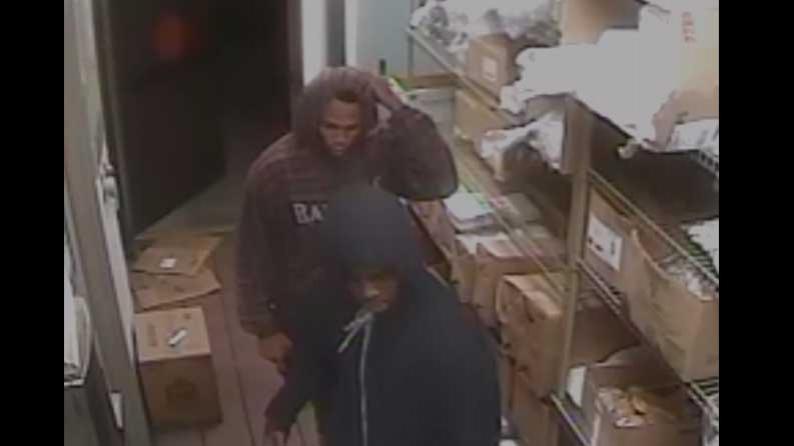 Milwaukee Police are asking the public to help identify two suspects wanted in connection with an attempted armed robbery that happened around 8:50 p.m. on August 16 at the Wendy’s restaurant at 4601 W. North Avenue.

The two suspects entered the restaurant and approached the cashier at the front counter.

One of the suspects pulled out a gun and demanded money. The suspects fled before taking any cash.

First suspect is described as a black male, 19-23 years-old, with a medium complexion. He was last seen wearing a dark hooded sweatshirt with the hood up tight around the face and light colored pants.

Second suspect is described as a black male with a medium build and medium complexion. He was last seen wearing a brown and black checkered pullover hooded sweatshirt with “BALTIMOR” written across the chest area, black pants, and red Nike shoes with the white Nike swoosh on the side of the sole.