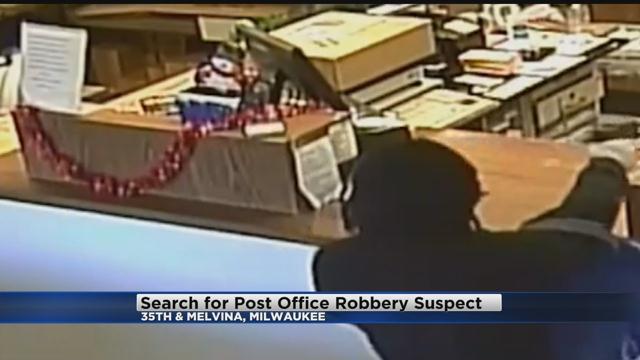 The first one happened a week ago at a post office near 35th and Melvina.

Surveillance video shows the suspect walking in, pointing a gun at the clerk and taking money from the register.

Police say the gunman is a black man in his mid-20s, between 5-feet 8-inches and 5-feet 10-inches tall, with a thin to medium build.

Three days later in a separate case, a masked gunman takes over a Radio Shack near 15th and West Forest Home.

Police say the man pointed a gun at two store employees, took some cash and ran.

This suspect is described as a Hispanic man, between 20 and 24 years old.

He is about six feet tall and 180 pounds.

If you know anything about either of these cases call Milwaukee Police.