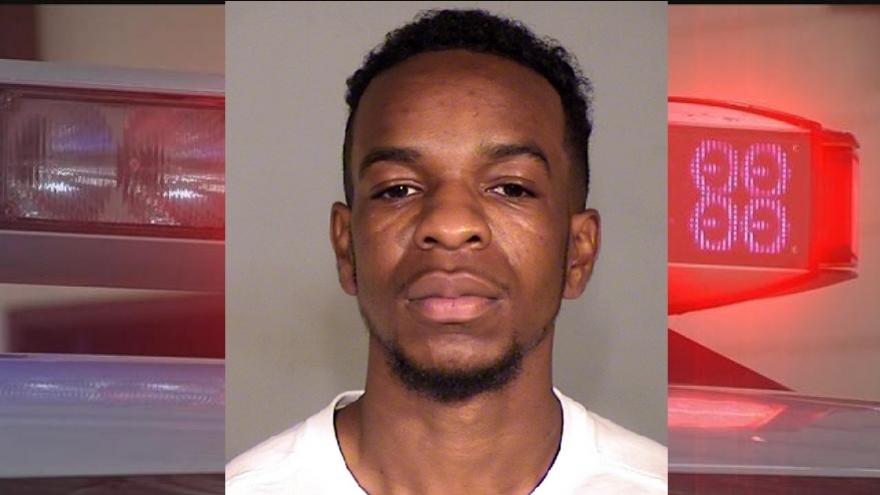 MILWAUKEE (CBS 58) -- A man accused in a child abuse case that left a baby dead and a 2-year-old seriously hurt is now in custody.

Milwaukee Police say Devante Randall was arrested Friday afternoon after a citizen recognized him on social media and called police with his whereabouts.

Milwaukee Police Chief Alfonso Morales thanked the public for their help, saying "Let's continue to work together to make Milwaukee a safer place to live, work, and raise a family."

According to the criminal complaint, a woman left her two children with Randall who was her boyfriend. Randall claims that he was visiting family with the kids when he heard gunshots and ran with the children but accidentally dropped the 5-month-old baby and a 2-year-old child.

An exam of the 5-month-old revealed numerous significant injuries all over their body. Doctors believe the injuries are consistent with a massive acceleration and deceleration event such as violent shaking, being slammed or thrown. The child was declared brain dead and after three days of no brain activity was declared dead on April 25.

The 2-year-old was also examined and injuries at least four and seven days old were discovered. Officials believe the injuries were caused by physical abuse. An autopsy is scheduled on the baby for April 29 to determine a final cause of death.

Randall is described as 5'7" and 125 pounds with black hair and brown eyes.