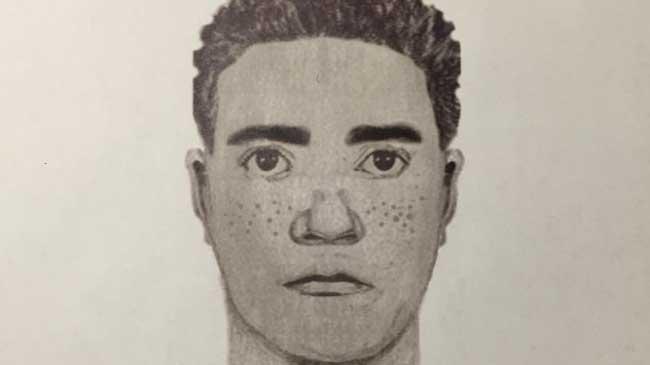 Milwaukee Police have released a sketch of the suspect they are searching for in a sexual assault that happened on the Hank Aaron Trail in the 3300 block of W. Canal Street.

The victim, a 27-year-old Milwaukee woman, told officers she was running on the trail when an unknown suspect on a bicycle approached her, grabbed her, and fondled her.  The woman screamed and the suspect fled from the scene on his bicycle.

The suspect is described as a Hispanic male, 17-18 years-old, 5’5” tall, with a slim build and his hair in a ponytail.  The suspect’s face had marks on it, likely either freckles or sun spots.  He was last seen wearing a red t-shirt, shorts, and black tennis shoes and riding a black low-rider type bike.  Anyone with information should call Milwaukee Police Sensitive Crimes Division at 414-935-7405.