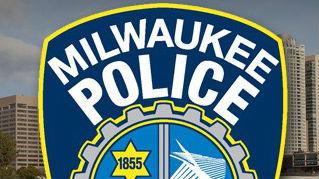 When a police officer walks into work they never know what the day will bring or the people they will meet.

Hours of training helps prepare them for just about anything. Friday for 52 people that training included role-playing scenarios with the mentally ill.

Around 25% of the department is CIT-trained. Christopher Manney, the officer who shot and killed Dontre Hamilton at Red Arrow Park earlier this year, was not. Hamilton suffered from schizophrenia and Manney was fired from the department in mid-October. From now on, new officers will be required to go through the training.

\"We will have an additional 40 hours of training added to their recruit training will have CIT training. Those new officers coming into the force 2015 and moving on will be CIT trained,\" said Dubis.

Milwaukee Police Chief Ed Flynn knows problems can still happen, regardless of the training an officer has.

\"We have had officers who are trained but still end up in deadly violence. You can't predict how those things will occur, sometimes they escalate,\" Flynn said.

\"The vast majority of our interactions with the mentally ill are non-violent and the people with the right skills can keep them that way.\"