MILWAUKEE (CBS 58) -- Milwaukee police released information into a pursuit that ended with an officer shot and a suspect dead on Tuesday, Feb. 4.

According to police, the suspect who shot the officer and later turned the gun on himself, was identified as 25-year-old Major Artis.

Milwaukee Police Officer Robert Parks sustained a non-life threatening gunshot wound during the incident. He was treated and released from the hospital.

Officer Parks' partner, Officer Adam Maritato, was also involved in the incident but was not injured. 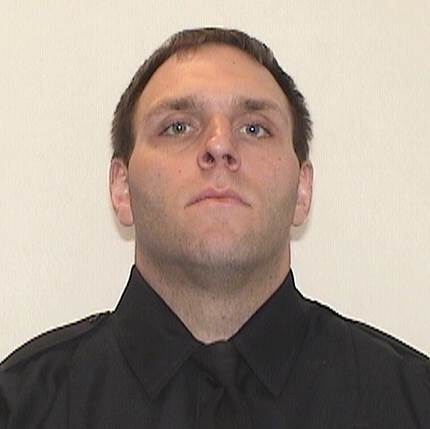 Identities of two other suspects in the vehicle at the time of the chase will be released after the incident is reviewed by the Milwaukee County District Attorney's Office.

Milwaukee police say they spotted a reckless driver near Teutonia and Roosevelt around 1 a.m. Officers attempted to stop the vehicle but the driver sped off and a pursuit began.

"I was up looking out my window, just looking outside when I hear a car coming down flying and crashed into the pole and then I hear the police pull up with like a bunch of cars and then people hop out and run,” Yhaquan Bamon said, witness.

Officers attempted to stop the vehicle but the driver sped off, leading police on a chase until the suspect's vehicle crashed at 28th and Teutonia.

Two of the suspects, a 26-year-old man and 31-year-old man, were found and taken into custody. Police then located the third suspect just after 2 a.m.

"The suspect died of an apparent self-inflicted gunshot wound. The suspect's firearm was also recovered at that scene," Salazar said.

The injured officer, a 32-year-old male with a year-and-a-half of service, was taken to a local hospital and released.

Both officers were placed on administrative leave, including the uninjured 33-year-old male officer with approximately two years of service.

MILWAUKEE (CBS 58) -- Milwaukee police continue to investigate a critical incident where an officer has been shot and a person dead near N. 28th St. and W. Fairmount Ave.

Three suspects ran from the vehicle and police pursued on foot. One of the suspects fired at two officers hitting one of them.

The injured officer is conscious and in stable condition. He is being treated at a local hospital.

Around 2 a.m., officers found the suspect who shot at police with a fatal self-inflicted gunshot wound. Police recovered a gun at the scene.

Both the injured officer and his partner are 33-year-old men with a year and a half service with MPD. Both have been placed on administrative duty.

MILWAUKEE (CBS 58) -- One person is dead and a Milwaukee police officer has been injured after what police are calling a "critical incident" near 28th and Fairmount just east of Teutonia.

According to Milwaukee police the shooting happened around 1 a.m. Tuesday, Feb. 4.

MPD say the officer sustained a non-life threatening injuring and is being treated at the hospital.

The Medical Examiner confirms to CBS 58 that they were called to the scene of the incident indicating that someone has died.