MILWAUKEE (CBS 58) -- Wednesday the Milwaukee Police Department and Milwaukee Public Schools unveiled a new tool they say can help cut down on violence and protect students and staff at school.

The Atlas One phone app is billed as a way for students to submit tips and open a dialogue with police.

There are two sides to the app: on one side users can anonymously submit tips or initiate a conversation with MPD. On the other side users can receive alerts about critical incidents, based on their position or favorite locations, like schools.

Atlas One founder Jamieson Johnson said, "All it takes is one to stop something major from happening."

The app that allows users to submit real-time tips about suspicious activity and start an anonymous conversation with an MPD officer. 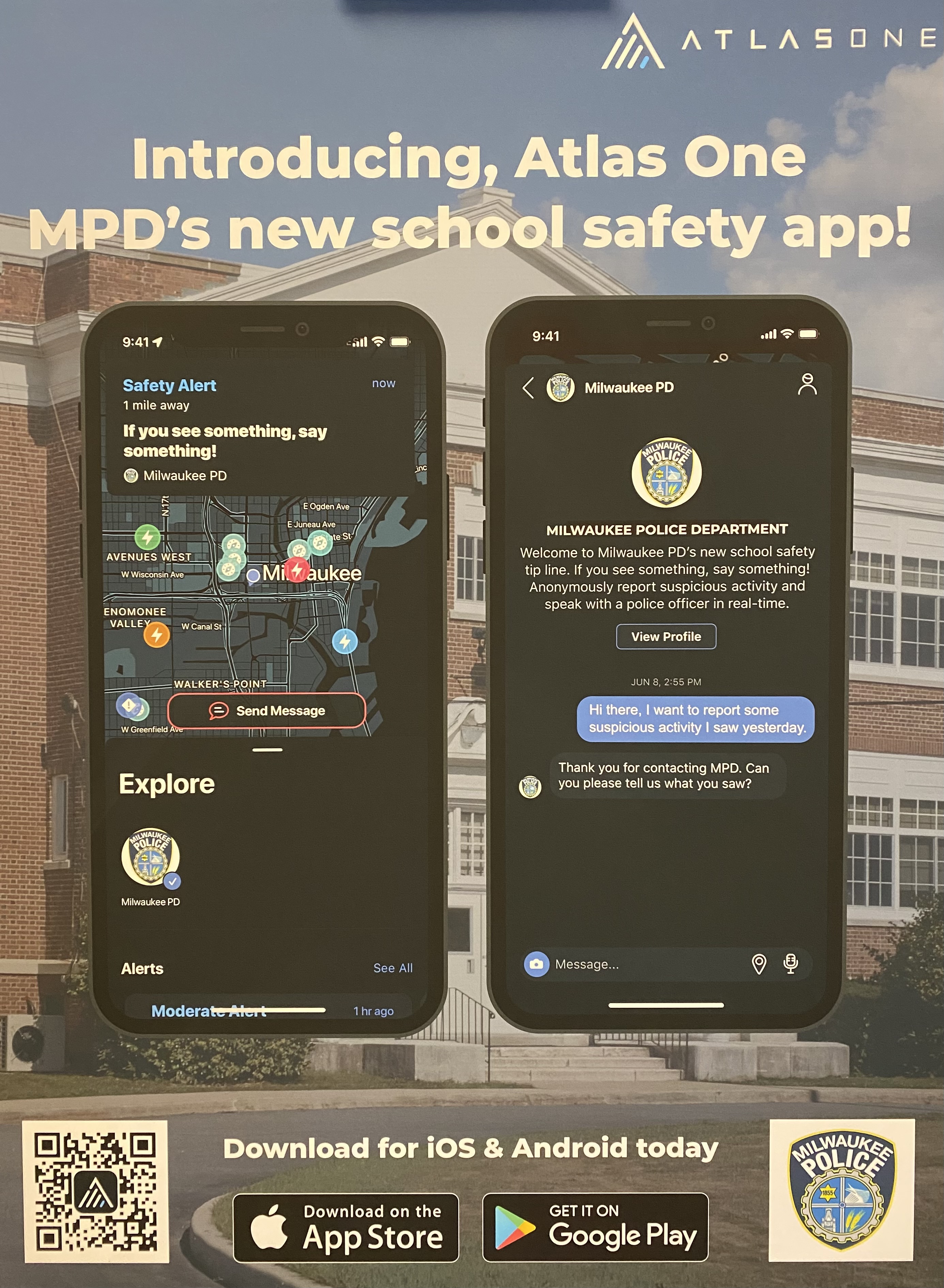 Milwaukee Police Chief Jeffrey Norman said, "This is an olive branch. This is where we're saying 'we're giving you a tool to be able to talk to us', but the olive branch needs to be received."

Mayor Cavalier Johnson said, "We're extending that partnership to include students and their families as well."

The new partnership in Milwaukee was funded through a $250,000 Stop School Violence grant from the Bureau of Justice Assistance.

Recently the Uvalde school shooting has gotten national attention, but city leaders say too many shootings are also happening here in Milwaukee.

Mayor Johnson said, "School shootings that don't make national headlines are also horrifying such as the one that happened in February here in Milwaukee over near Rufus King High School."

A key theme at the unveiling was "see something, say something", urging students to play an active role in violence prevention.

Chief Norman said, "This will be a real-time communication as we talked about, in regards to having someone be able to respond to the see something say something type of tips or information passed on to us."

But some issues are a challenge because the offenders are so brazen, like reckless driving on or near school grounds. In response, Chief Norman said, "That doesn't mean that we stop trying. Doesn't mean that we don't have a platform for them to communicate with us."

Atlas One is being billed as a program that can reduce crime. Jamieson Johnson said, "Atlas One was designed to stop these tragedies from occurring in the first place."

One simulation showed a student messaging an officer in real time, similar to a text chat.

MPS Superintendent Dr. Keith Posley said, "I view this as another tool in the toolbox to be able to make sure that we return our young people to their family's home safely, as well as our staff and as our community."

But while the app is geared toward students, Dr. Posley acknowledged some MPS students are not allowed to have phones at their schools.

And back in June 2020, MPS ended a contract with MPD that got officers out of Milwaukee schools. When asked Wednesday if that agreement is being reconsidered, both parties said they're evaluating all possibilities.

Dr. Posley said, "At MPS we are open to all types of options that helps ensure safety and a learning environment for students and staff."

Atlas One launched about a year and a half ago and is already in a dozen cities.