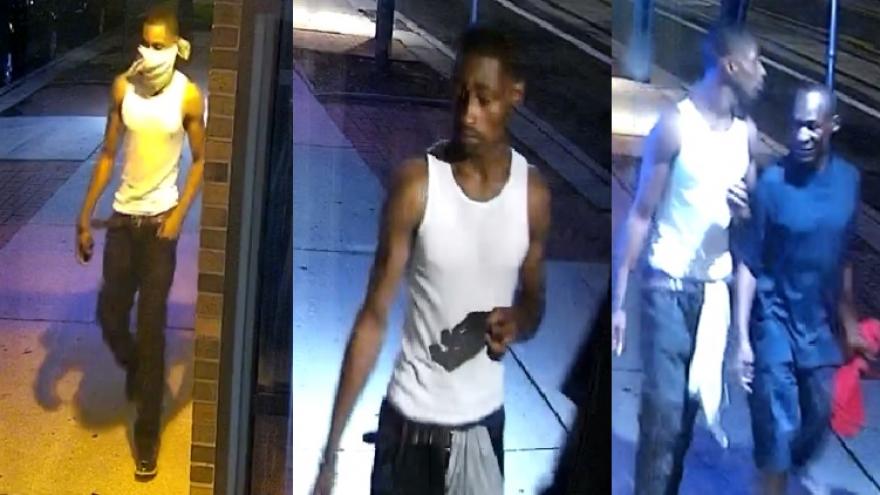 MILWAUKEE (CBS 58) -- Milwaukee Police are asking for the public's help to identify two suspects wanted in two business burglaries. On Wednesday, September 5 around 2:30 a.m. the suspects entered the Bollywood Grill located on Jackson Street. About 24 hours later on Thursday around 2:15 a.m. the suspects got into the Starbuck's near 5th and Wisconsin.

The suspects pried open a small window with a screwdriver to get into the Bollywood Grill. After an audible alarm was tripped the suspects left through the window.

Both suspects are identified as black men in their early 20s between 150-165 pounds with a slim build and short black hair. The first suspect was last seen wearing a white tank top, dark jeans and blue shoes. The second suspect was wearing a blue shirt, jean shorts and white shoes.

Anyone who can identify the suspects or has more information is asked to call Milwaukee Police at 414-935-7360.