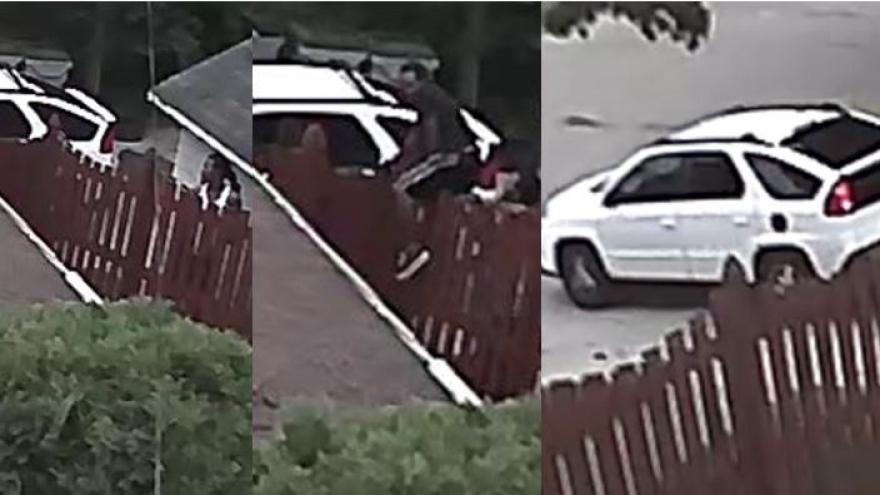 MILWAUKEE (CBS 58) – Milwaukee Police are looking for two people who they stole a dog around 9:00 a.m. on Labor Day.

According to police, the suspects were driving a white 2001-2005 Pontiac Aztek. One of the suspects then climbed over the victim’s fence in the 8400 block of W. Glendale Avenue and took the victim’s 8-year-old Yorkshire Terrier. Police say the suspect then handed the dog to the other suspect who put the dog in the Aztek. According to investigators, several items were also stolen from inside the garage before the suspects took off in their car.

Police have released surveillance photos of the suspects. Anyone with information is asked to call Milwaukee Police at 414-935-7271.