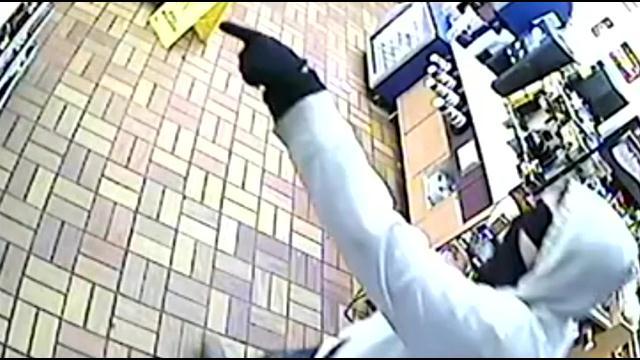 Milwaukee Police are looking for two armed robbers who they believe are connected to at least four heists in the city. Surveillance video shows them burst into the Speedway station near Layton and Pine back in late January. The two men said they had a gun and were able to run off with the drawer from the store's register. Within the span of one week, police say the men also robbed the Cousins Subs at 2867 S. Kinnickinnic Avenue, the Speedway at 3869 S. 84th Street, and the McDonald's at 830 E. Potter Avenue, as well as armed robberies in outside jurisdictions. Anyone with information is asked to call Milwaukee Police at 414-935-7360.