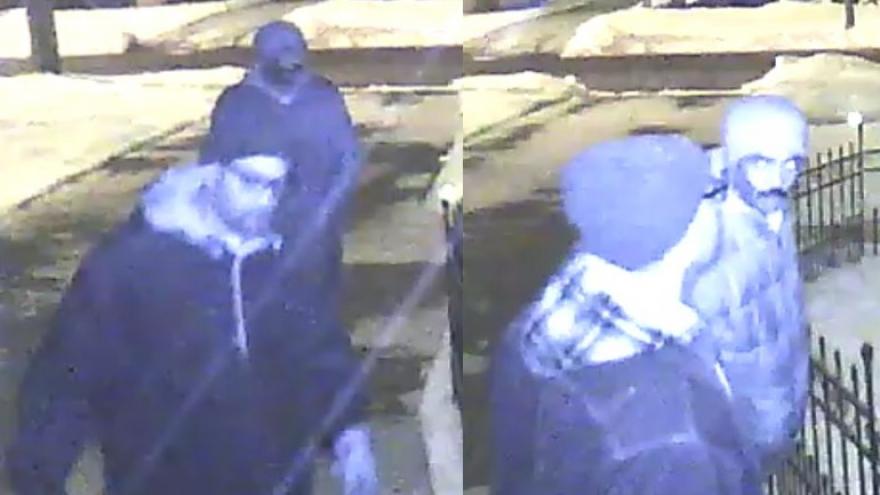 MILWAUKEE (CBS 58) -- Milwaukee police are asking for the public's help to identify two people wanted for a burglary that occurred near 91st and Custer.

According to Milwaukee police, the suspects forced entry into a residence and stole several items.

Police describe suspect #1 as a black male, 30 years old, medium to large build with a light complexion and had on black framed glass. He was last seen wearing a black coat with checkered hood underneath and a black knit hat.

Police describe suspect #2 as a black male, 30 years old, medium build with a light complexion, and had a thick mustache. He was last seen wearing a gray coat with hood, gray hat, and blue jeans.

Anyone with information on this burglary is asked to contact the Milwaukee Police Department at 414-935-7360, or call Milwaukee Crime Stoppers at 414-224-TIPS with any information.