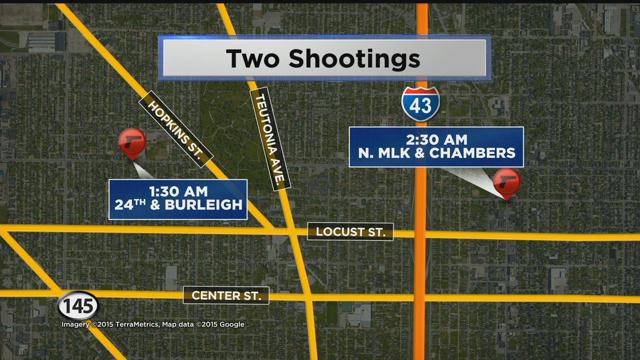 The first shooting took place in the 2400 block of W. Burleigh at 1:15 AM Saturday. The victim, a 21-year-old male from Milwaukee, sustained a non-life threatening injury and is being treated at an area hospital. The victim indicated that he was walking in the area when an occupant of a dark-colored vehicle confronted him and fired a shot at him.

Milwaukee Police are also investigating a shooting that occurred in the 3000 block of N. MLK Jr Dr at approximately 2:30 AM Saturday. The victim, a 52-year-old female, sustained a non-life-threatening injury and is being treated at an area hospital. Preliminary information indicates that there was some type of dispute and an unknown actor fired shots striking the victim.

Both incidents are under investigation. No suspects have been apprehended.