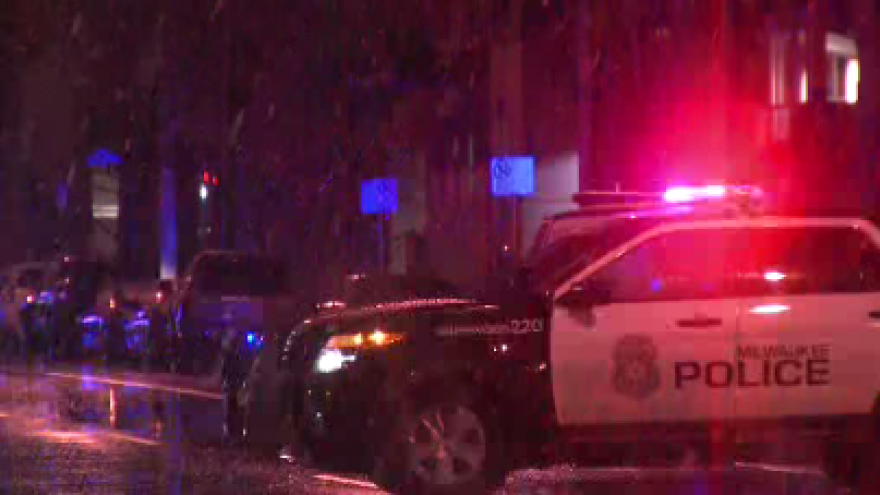 Update: Milwaukee Police responded to the report of a suicidal man armed with a gun near Jefferson and Menomonee. The subject was seated inside of a car near that location. For the safety of the citizens in the area, traffic was shut down and the immediate area was cleared of pedestrians.

Officers attempted to negotiate with the subject, and when efforts were unsuccessful, they made a tactical approach to the vehicle to minimize the chance of violence.

Their efforts were successful and the subject was taken into custody without injury to himself or any officers or citizens.

The suspect was taken to a local hospital for treatment of a condition unrelated to his arrest. He will be facing charges for an incident of domestic violence which preceded this incident.

MILWAUKEE - A scary situation in the Third Ward tonight.

Milwaukee Police tell us they were called out for a report of a possibly armed suspect near Jefferson and Menomonee.

Police took the person into custody and are telling us that the incident has been resolved.

The roads nearby were shut down but they are back open tonight.