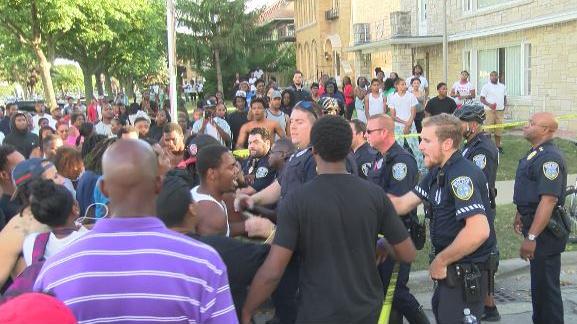 A Milwaukee Police officer shot and killed an armed suspect fleeing from a car on Milwaukee's North Side.

The incident began when two uniformed MPD officers stopped two suspects in a car in the 3200 block of N. 44th Street at about 3:30 p.m. on August 13. Shortly after stopping the suspects, both occupants fled from the car on foot.  The officers pursued the suspects, and during the foot pursuit one officer shot one suspect, armed with a semiautomatic handgun, in a yard also in the 3200 block of N. 44th Street.  The suspect died from his injuries at the scene.

The Milwaukee Police Department has contained the scene and, pursuant to State Law, the Wisconsin Department of Justice's Division of Criminal Investigation has been contacted to lead the investigation.