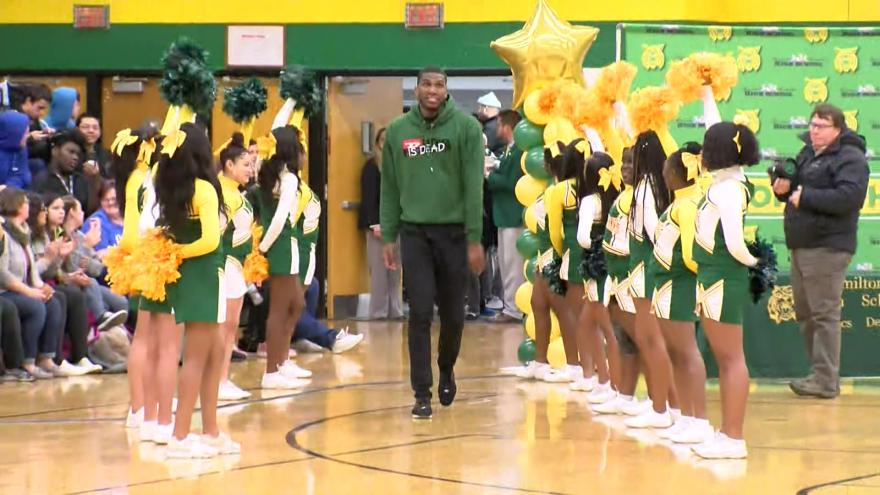 The entire Warriors team made an appearance including KD and Steph Curry.

Looney is a two time NBA champion but we will never forget that first he was Wisconsin's 2014 Mr. Basketball.

"I was in this same gym, in the same classroom, the same hall ways, dreaming big just like they were, and I was able to make it out make it to the NBA and a championship team," said Looney.

If you'd like to watch more of the ceremony, see below.