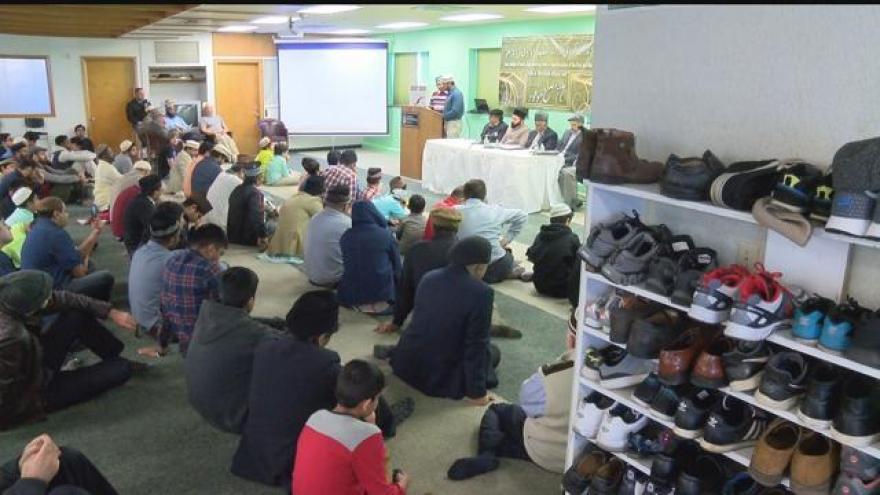 A group of Muslims in Milwaukee completed a special week of prayer on Sunday. It was called for, in part, because of uncertainty in American politics.

Some members have even canceled travel plans outside the country, a spokesperson for the Ahmadiyya Muslim Community Center of Greater Milwaukee said.

The Milwaukee center is just 1 of 72 locations across the country taking part in this prayer week. It started with a day of fasting and it ended with a meeting of Wisconsin and Midwestern leadership praying for the country.

A poem was sang before the start of presentations from leadership. They would speak before more than 200 local Muslims - including children - about how faith can guide them in this moment in history.

"Obviously with the travel ban and things like that, it's been an issue that's been on peoples minds....so it's a time of uncertainty," Rizwan Ahmad, a spokesperson, said.

Ahmad says that by being open and educating people about their faith, they have the power to ease tension.

Munum A. Naeem, National Vice President of the sect, stressed that prayer and being together as a community is also important.

"One purpose of this week is making an extra-ordinary effort because the situation of the world is deteriorating - to make that one week long special prayers. And pray, and come to mosque and pray. Because mosque is just like people going to church. You can pray at home - absolutely. But coming to mosques makes a very special effort that god will see," Naeem said.

"I do know of people who were planning travels to go visit family abroad and figured to just put those plans on ice for the moment," Ahmad said. "Especially those that were not like necessary travels - they were vacation type travels. So people were like 'You know what? We're just going to lay low and forgo this vacation until the dust settles because the last thing you want is to go on vacation and not be able to come back home."

Ahmad said just last week he was in Washington D.C. - introducing himself to Wisconsin congressmen and senators and sharing concerns.