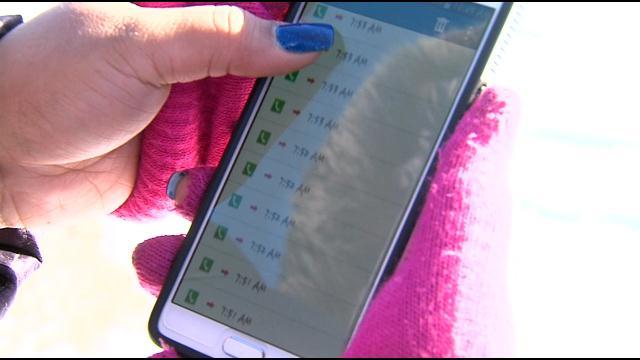 The combination of extreme cold and a late school bus has left some local parents upset on this first day back from winter break.

Iesha Sanders tells CBS 58 her son catches the bus at 38th and Vienna at 7:38 a.m., but Monday, that bus never showed up.

She waited in the car with her 11-year-old son for about 20 minutes before she made the critical decision to drive him, knowing she had to get to work.

On the way to school, she called the bus company, DBI, 18 times in the span of about 10 minutes to find out what was going on. Someone eventually answered and told Sanders the bus was running an hour late because of the cold weather and to have her son wait in the house for a door pickup.

Had she not made the call, Sanders and her son would've both been behind schedule.

She understands delays can happen, but says no notification can be a costly mistake in the frigid temperatures.

Sanders's son is part of the Milwaukee Public Schools 220 program that allows him to go to school at Lake Bluff Elementary School in the Shorewood School District. He catches the bus, which is coordinated through MPS, to get there.

A spokesperson for MPS tells CBS 58 one of its bus companies had fuel issues that affected about 30 to 40 buses. He said MPS students get transportation by 1,000 buses daily. The district said it's working with the bus company to make sure the situation is resolved.

\"The timing of today's issues made communication, which is our responsibility, more difficult. Typically, if there's an issue such as a bus not starting at the beginning of the day, we have enough time to communicate the matter. In this case, buses experienced difficulty while already in service and our priority was getting replacement buses on the road.\"

Thankfully, Sanders' son made it to school on time, five minutes early to be exact.