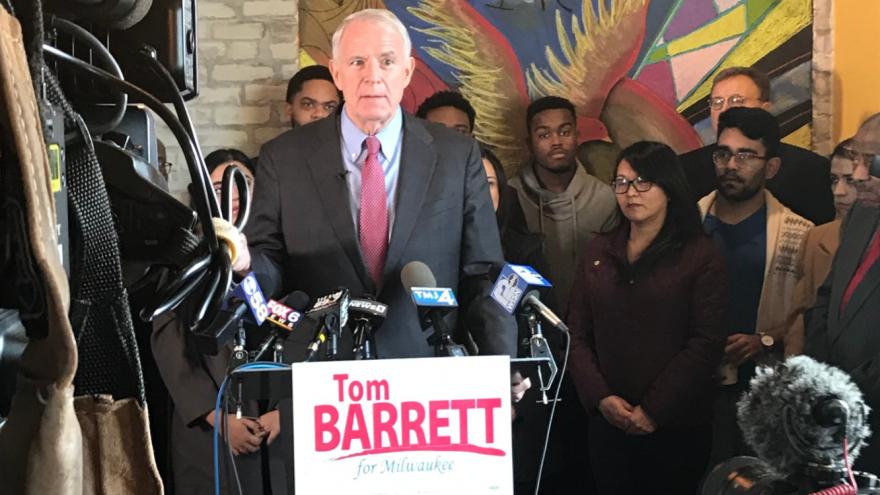 "I want people t know that I have the passion for this job," Mayor Barrett said. "I love this job. I love this city and I think we do have a bright future but it's going to take work."

He made his campaign announcement at the Sherman Phoenix Wednesday, Nov. 20.

Mayor Barrett was first elected in 2004.

"I know that there's too much poverty," he said. "I know the challenges we have because of racism and segregation and I want to be involved in addressing those issues."

During his current term, Mayor Barrett played a role in bringing the Democratic National Convention to Milwaukee and launching "The Hop" street car.

If re-elected, Mayor Barrett promises to build or upgrade ten thousand Milwaukee homes over the next ten years.

"It's about getting more affordable housing," Mayor Barrett said.

As mayor, he says he has been fighting every day to bring more jobs to Milwaukee that support families.

During his campaign speech, Mayor Barrett said if re-elected he also plans to focus on early education, lowering lead levels in children, and investing in the police department.

"I'm asking the state for a partnership so we can maintain our strength in the police department," Mayor Barrett said. "We want to interrupt the violence. We want to build on the blueprint for peace."

Before becoming mayor, Barrett was a state legislator and served five terms in Congress.

The election is April 7 next year.

Eight other people have declared their candidacy for mayor, including Alderman Tony Zielinski and Senator Lena Taylor.