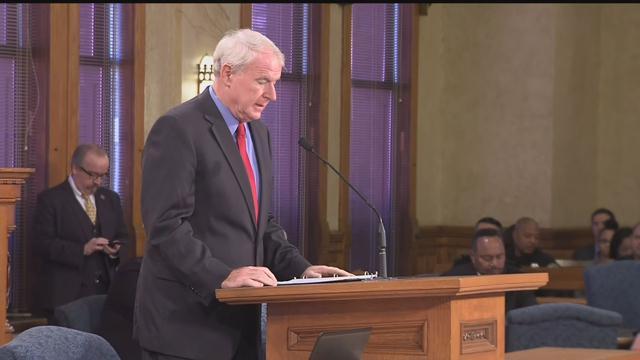 Milwaukee Mayor Tom Barrett announced his 2017 budget plan to the common council this morning. one big focus was on policing and reigning in violence in the city.

Soon there will be hundreds at people here at century city working on rail cars.

The mayor announced today in his budget plans a new relationship with manufacturer TALGO.

The mayor touched on many developments for the city in the coming months, both good and bad.

"As bitter as the feelings were between the state and Talgo, we always felt there was no reason to burn that bridge,” said Barrett.

The company left after a previous contract with the city was cancelled by state officials back in 2012.

The company will hire people to refurbish trains at the city's century city site.

While Mayor Barrett couldn't yet say how many jobs Talgo will bring, it was a positive note during a speech that also touched on some of the negativity the city faces.

Those problems include limited financial resources, a strained relationship with the state, and tensions within the city - especially when it comes to police officers.

The mayor said Milwaukee will be spending $127 million more this year on the police department and its pension than it did 10 years ago.

Resident Jim Lurie told us he is happy to hear more money is going towards the department even though it may mean a tax increase of two and a half percent.