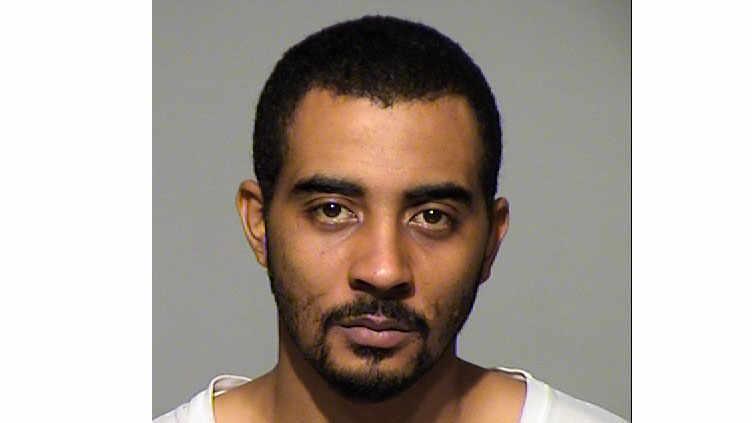 A Milwaukee man wanted since April was captured by the United States Marshals in Louisiana.

According to police reports, Jordan and two other suspects allegedly bound the victim by their hands and feet and punched, kicked, pistol whipped, and burned them with a heated fork stating "let's play tic tac toe."  Jordan then allegedly injected the victim with a potentially lethal dose of heroin against their will and left them to die.

In July 2016 the U.S. Marshals Fugitive Task Force developed information that Jordan had fled Wisconsin in order to avoid apprehension.

On August 3, 2016, U.S. Marshals tracked Jordan to Tallulah, Louisiana, and he was subsequently taken into custody. He is awaiting extradition to Wisconsin.

Jordan’s former girlfriend told police Jordan, Webb and a third unknown man came over to her place to talk to her about a missing hand gun.

Jordan closed the curtains to the residence and allegedly told her she did not what type of man he was.

Jordan grabbed her by the hair in the kitchen and slammed her down onto the ground. Jordan and a man, known as Double R, repeatedly punched her to the face and body. She was also pistol whipped.

She was then pinned to the ground and her wrists and ankles were duct taped together.

Jordan told her it was time to play “Tic, Tac, Toe.” He took a metal dinner fork and turned on the burner of the stove. He heated up the fork and then repeated placed the hot fork on the flesh of her legs branding her. He continued to demand for her to tell him where the gun was located.

The three allegedly used a hat to gag her. She was brought upstairs to the bathtub. Double R had a gun pointed at her. Jordan continued to hit her and demand to know where the gun was.

The next thing she remembered she was waking up in the hospital and had no idea how she arrived there. She believed the three were going to kill her.

The victim’s cousin said when she didn’t arrive to work she went to check on her. She smelled a strong odor of gas. She found all of the burners on with the flames burnt out. The cousin turned off the burners and went upstairs and found her cousin barely breathing. She called 911.

A blood draw at the hospital found a presence of opiates in the victim’s blood.