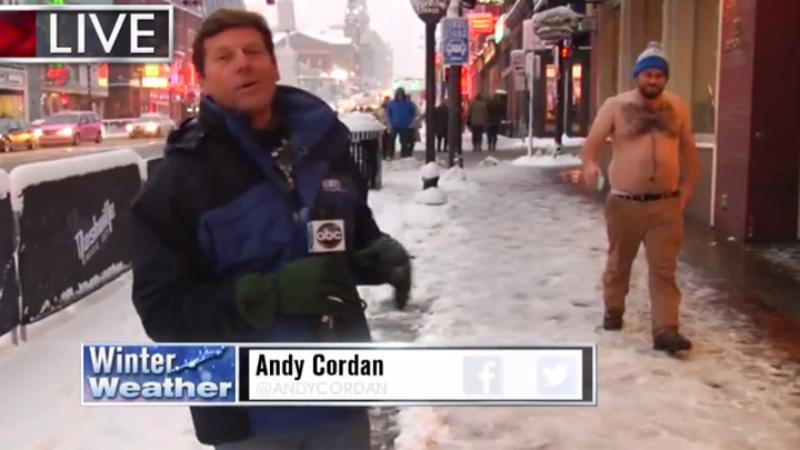 NASHVILLE (WKRN) David Lynch, who is originally from Milwaukee, but lives in Stevens Point was spotted by WKRN's Andy Cordan walking down the street shirtless in Nashville.

News 2 uncovered the identity of the shirtless guy in the snow.

Lynch plays in a band called Horseshoes and Hand Grenades.

The band, from Wisconsin, was in town for a show at Marathon Music Works that was cancelled.

They ended up playing downtown for free. The band posted a picture of Lynch eating a popsicle shirtless on its Facebook page.

He told CBS in Wausau, WKAW, he had no idea the clip would be so popular and the temperature was a “balmy 35”, almost tropical compared to what they are used to up in Wisconsin.