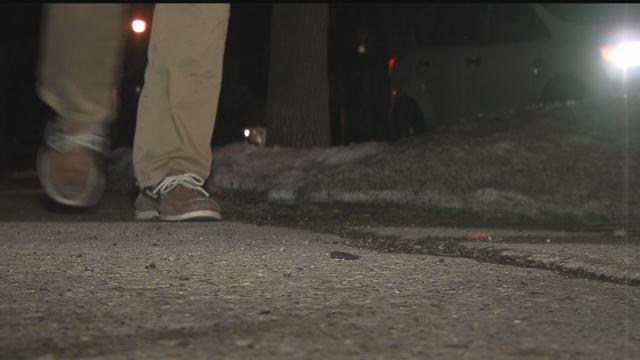 A Milwaukee man is speaking out after, he said, he was mugged at gunpoint on Milwaukee's east side. Aaron Cranfill said it lasted only about 10 or 15 seconds, but in that time, the guys stole his cell phone, wallet and Cranfill said he was basically staring down the barrel of a gun.

"That burns with you, he said.

Cranfill was walking near Maryland and Park around 9 p.m. Tuesday night. He was with his roommate and the two were heading to a local venue to see a friend's performance when a car rolled up next to them.

"Two men got out of the car with a gun," Cranfill described. "My roommate managed to see them in time and ran. By the time I reacted, I had a gun to my head."

Cranfill said the guys were giving him a pat down, and stole his wallet and cell phone. It doesn't end there.

"He (suspect) kinda just swung his gun like a pistol whip, and I just covered up a little bit. He didn't really get me too good, but I fell over just cuz I didn't know it was gonna happen," Cranfill said.

As Cranfill got up off the ground, he said the guys were already peeling off in a car. His roommate was already two blocks down at a convenience store talking to an off-duty detective who happened to be in there buying a newspaper. A terrifying ten seconds and something that he'll never forget.