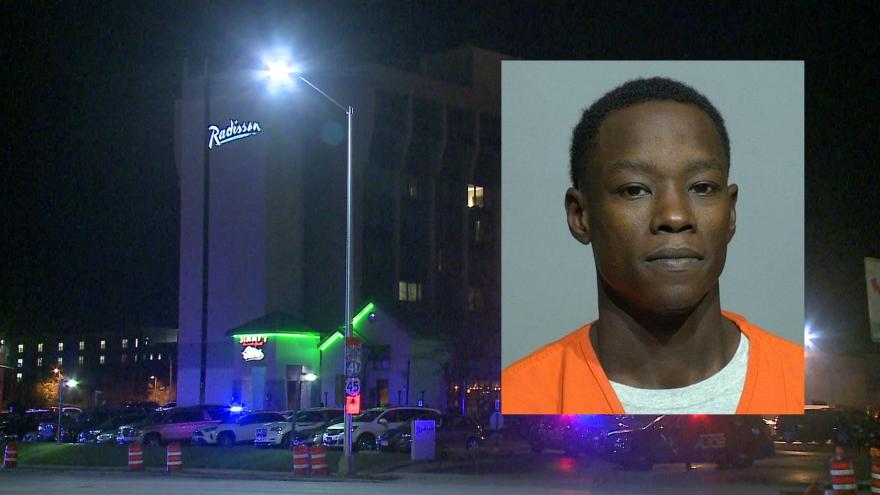 MILWAUKEE COUNTY, Wis. (CBS 58) -- A 33-year-old Milwaukee man has been charged with shooting three police officers at the Radisson Hotel in Wauwatosa.

See Also 3 officers shot at Radisson Hotel incident in Wauwatosa; suspect arrested
According to a criminal complaint, Wauwatosa police officers were called to the hotel on Mayfair Road late Nov. 6, for an "active shots fired" complaint. On the second floor, officers located numerous firearm casings as well as unspent cartridges in a hallway. Multiple bullet holes were also found in the walls and ceiling.

According to the complaint, room 221 was occupied and officers could hear the television on. The officers "loudly knocked" on the door announcing themselves as police.

Authorities said after no response, police attempted to force entry. As officers were "ramming" the door, multiple gunshots rang out from inside the hotel room.

Following the shooting, the complaint says the sole occupant of room 221 was taken into custody. He was identified as Kenneth Burney.

Burney has been charged with the following: