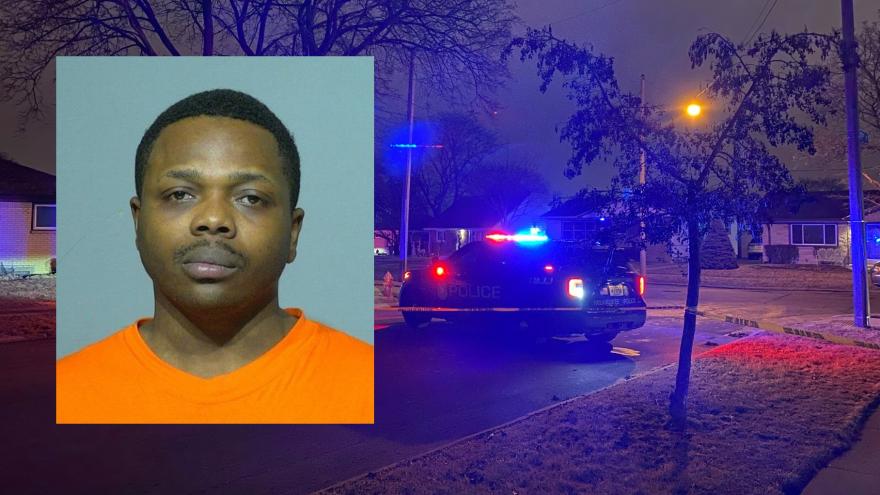 MILWAUKEE (CBS 58) -- A 28-year-old Milwaukee man has been charged in connection to a shooting that killed a 41-year-old Greenfield man.

Donvonta Pearson has been charged with first degree reckless homicide, use of a dangerous weapon, and possession of a firearm by a felon.

The shooting happened on March 15, near 79th and Capitol. The victim was identified as Gregory Fabian.

According to a criminal complaint, around 2:50 a.m., officers were stopped in the area when they heard approximately three to five gunshots. The officers then observed a silver four-door sedan traveling southbound on 79th Street at high rate of speed.

Police traveled northbound on 79th and located a 2013 Chrysler Town and Country stopped with the front passenger wheel on the curb. Officers located the sole passenger, later identified as the victim, with two gunshot wounds to the left arm and left chest. He succumbed to his injuries and was pronounced dead.

Surveillance video allegedly shows around 2:47 a.m., the victim's vehicle was driving east on Capitol Drive and stopped on North 79th Street. Another vehicle pulls up, identified by authorities as the suspect vehicle -- a silver Chevy Malibu Maxx. Video shows the vehicles stop next to each other for a brief moment and the suspect vehicle drives away.

On March 19, detectives located a vehicle believed to be the suspect vehicle in the case. The license plate led them to Donvonta Pearson.

Officers went to a residence near 91st and Custer where they located Pearson who happened to have a firearm underneath his left arm.

During an interview, Pearson allegedly admitted he was in the silver Chevy sedan and went to 79th and Capitol to sell drugs to the victim. He stated another person was with him and that person was the shooter.

Police arrested and interviewed the man Pearson alleged was the shooter. That man told investigators he had nothing to do with the shooting and was at work at the time it happened. Detectives confirmed through time card information this information was correct and that he was working at the time of the incident.

During a second interview with Pearson, per the complaint, Pearson told detectives he went to 79th and Capitol alone, parked on the west side of the street and waited for the victim.

Pearson allegedly said the victim pulled up and stopped driver to driver door with his car. According to the complaint, Pearson stated the victim snatched three grams of crack cocaine with his hand without paying and tried to drive away. Pearson told investigators he grabbed his gun that was in his lap, stuck his arm of the window and fired two rounds. The complaint says Pearson then exited his vehicle, retrieved the drugs from the street and drove off.