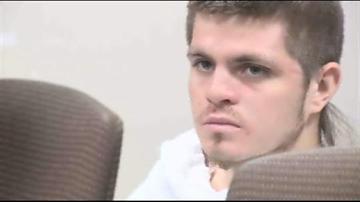 19-year-old Alejandro Ramirez-Gonzalez is facing 7 counts, including homicide by intoxicated use of a vehicle.

The criminal complaint states that on September 21st at about 12:48 a.m., a trooper tried to stop Ramirez-Gonzalez when he saw him traveling Southbound on the Northbound lanes of I-94 in a white pickup truck.

The trooper reports he yelled at Ramirez-Gonzalez to stop. At first, it appears the 19-year-old man slowed down, but then he quickly took off at a high rate of speed. That's when he struck a northbound pickup truck head on.

48-year-old Robert Miller was killed in the crash, while his passenger, 47-year-old Christine Miller was seriously injured.

Ramirez-Gonzalez had a passenger in his vehicle at the time of the accident who was also injured. The passenger reportedly told police, the two were drinking vodka before and after a concert in Sturtevant.

On Tuesday, October 7th, the judge set a cash bond of $250,000 saying he was concerned Ramirez-Gonzalez may flee the area before trial.

Ramirez-Gonzalez' defense attorney felt the bail set was too high. \"He's a student, he was working, no prior criminal record and of course he won't be able to post $250,000 bail ... I understand it's very aggravating and bad accusations but I think bail is too high, said Attorney Julius Andriusis.

Ramirez-Gonzalez plead not guilty. His preliminary hearing is scheduled for October 24th, 2014 at 10 a.m.