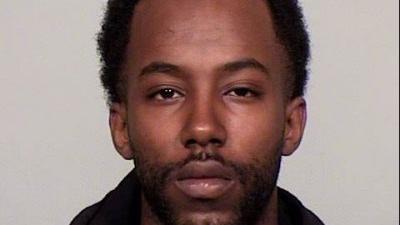 A 25-year-old Milwaukee man has been charged in connection with a 2014 attempted armed robbery and shooting on Milwaukee's North Side at Bouchards Clothing Store.

Deangelo Garcia shot a 36-year-old male employee during a November 18, 2014 robbery attempt at Bouchards Clothing Store, 2400 N. Martin Luther King Junior Drive. He was indicted on federal counts of robbery and use of a firearm during a crime of violence.

Garcia, initially concealed hid who he was to officers, but following the examination of his fingerprints police were abled to identify Garcia.

Garcia was linked to the robbery after his DNA was found on a piece of evidence left at the crime scene.