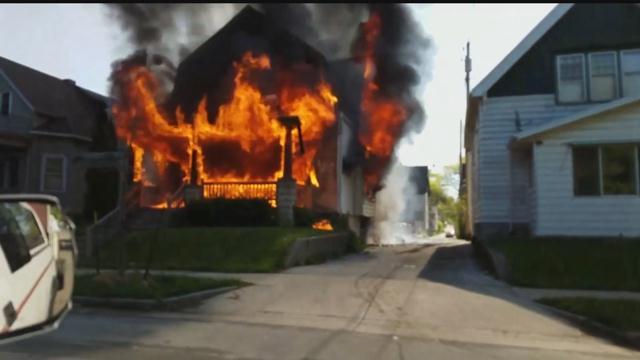 A 31-year-old Milwaukee Man has been arrested and will be referred to the District Attorney’s Office for a charge of Arson for the house fire on Saint Paul.

He will be referred to the Milwaukee County District Attorney’s Office for a charge of Arson and Interfering with Firefighting in the coming days.  He has not been formally charged yet.

The couple living in that house said their downstairs neighbor acted threatening towards them the night before the fire.

The couple said he jiggled the door and tapped on the window, and "acted like he was possessed." Fearing for their safety the couple left their house about 3:00 AM.

When they came back in the morning, they found their home destroyed.

The fire department received reports people were inside the burning home but after sweeping the house twice.

Firefighters found no one in the home.

He also tried to go into the burning building, and put objects inside the fire hose to obstruct the water.