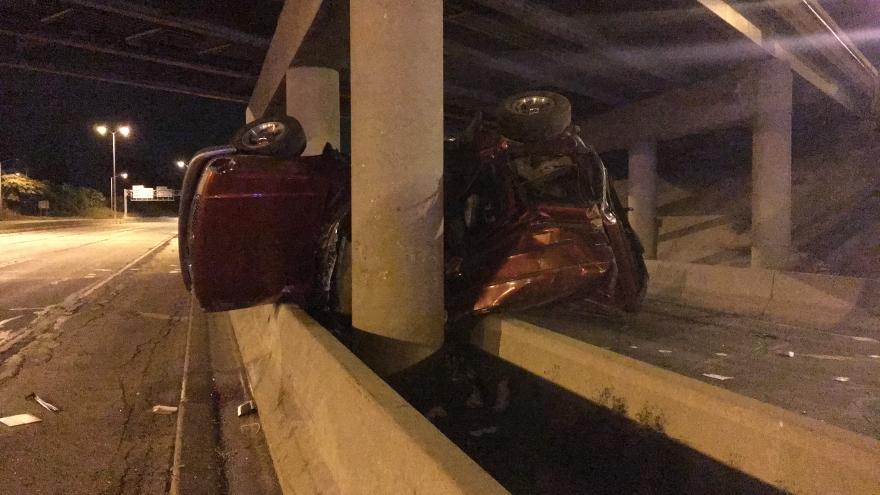 MILWAUKEE, Wis. (CBS 58) -- On Saturday August 26, at about 2:45 a.m., the Milwaukee Police Department was on scene of a rollover crash on Highway 145 north near 76th Street. The only occupant of the vehicle was trapped but alert.

The Milwaukee County Sheriff's Office responded and found a red 1997 Mercury Mountaineer SUV resting on top of the barrier wall next to a bridge pillar for the 76th Street bridge. The SUV had severe damage and Milwaukee Fire had to extricate the driver.

Tire marks showed that the SUV was driving south on 76th Street when it went down the median embankment near Highway 145. The Mercury than hit a fence and went airborne landing on the Highway 145 north ramp. The SUV became airborne again and hit the bridge pillar. 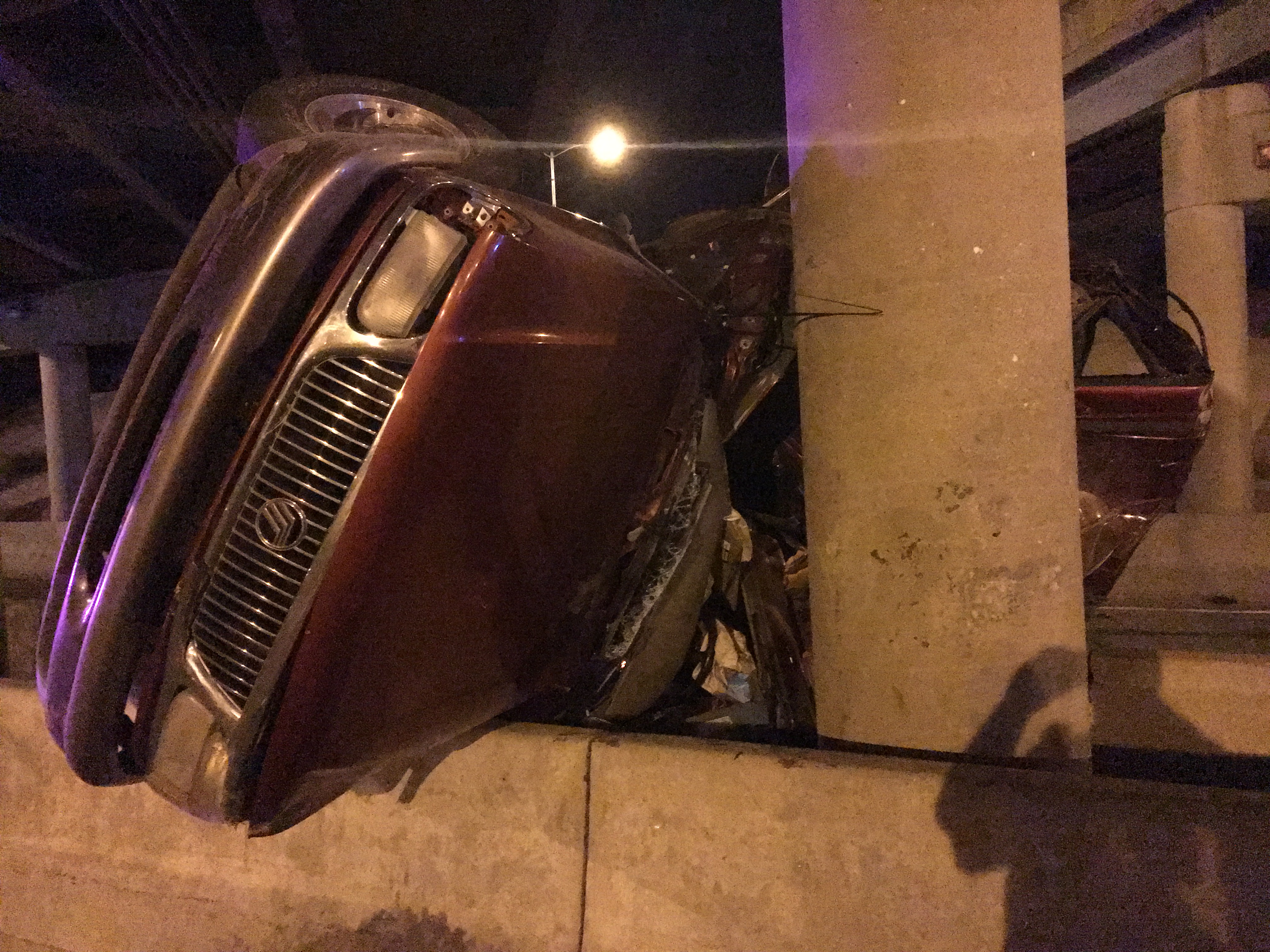 Officials searched the scene extensively to make sure no other occupants were thrown from the vehicle but no one was found.

47-year-old Adonis Arms was extricated from the vehicle. Arms had red glassy eyes, slurred speech and smelled like alcohol. The driver told Deputies he was drinking, but wouldn't say where. Due to injuries sustained in the crash officials were unable to perform a sobriety test.

The driver was taken to Froedtert Hospital for his injuries and a legal blood draw.

The State Highway department checked the bridge pillar which did not have any damage.

Officials are recommending Arms be charged with five offenses including OWI, unreasonable speed and failure to have control of a vehicle.