Milwaukee man arrested after running from crash in Zoo Interchange 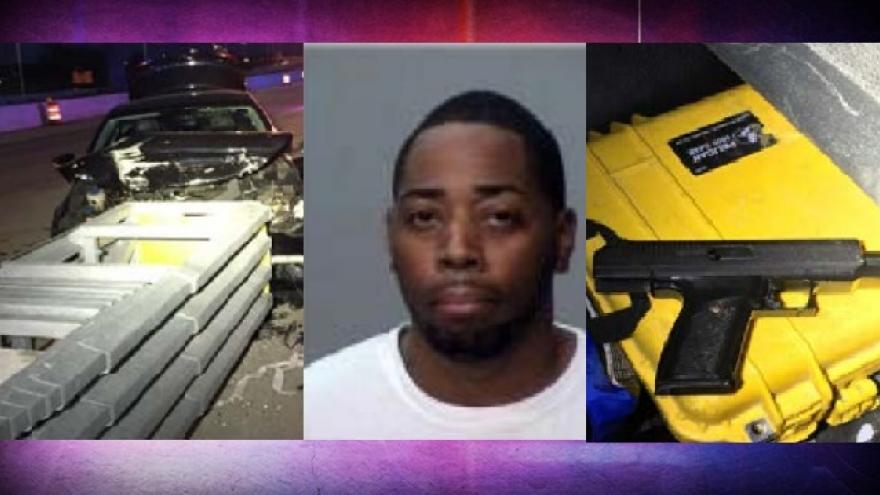 The car crashed head-on into a barrier that caused all the airbags to deploy.

The driver of the car ran away from the scene running east on I-94 to Highway 100. Deputies were able to catch the man on Mayfair Road near the Milwaukee County Zoo.

While searching the car that crashed deputies found a loaded handgun in the trunk.

The driver identified as 33-year-old Milwaukee man Jarrell Stovall was arrested facing charges of felon in possession of a gun.