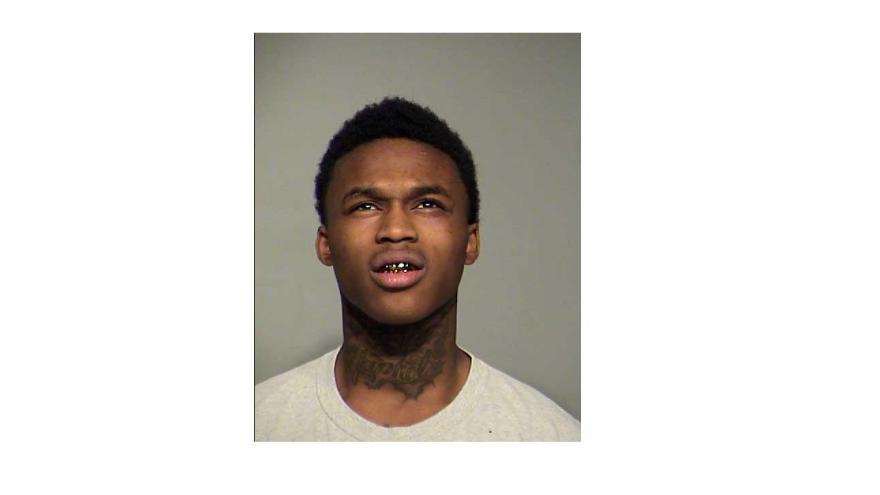 A Milwaukee man is expected to plead guilty to stealing a woman’s car from McDonald’s and crashing it into a Milwaukee County Transit bus.

This case is connected to an investigation into a large number of auto thefts, burglaries, robberies, and armed robberies that occurred this fall.

He is charged with theft of movable property and driving a vehicle without consent of owner.

The suspect allegedly told police he took the vehicle because they did  not want to walk and they “had a long way to go.”

In September, Evans allegedly stole a vehicle from the McDonald’s located in the 1600 block of East North Avenue.

According to the criminal complaint, the victim was eating at McDonald’s and she placed her keys on the table.

While she was eating a black male approached her and removed her keys from the table.

She attempted to chase after the victim.

The suspect and two other suspects fled in her Honda.

The next day the woman’s vehicle was involved in an auto theft in the 1000 block of East North Avenue.

The suspects drove her vehicle to the location where they stole a Jeep Cherokee.

Later in the day, the vehicle was used in a purse snatching incident at the Walmart located in 10000 block of W. Silver Spring Drive.

An hour after the purse snatching incident, the vehicle fled from police and crashed into a vehicle and a Milwaukee County Transit bus on W. Villard Avenue.