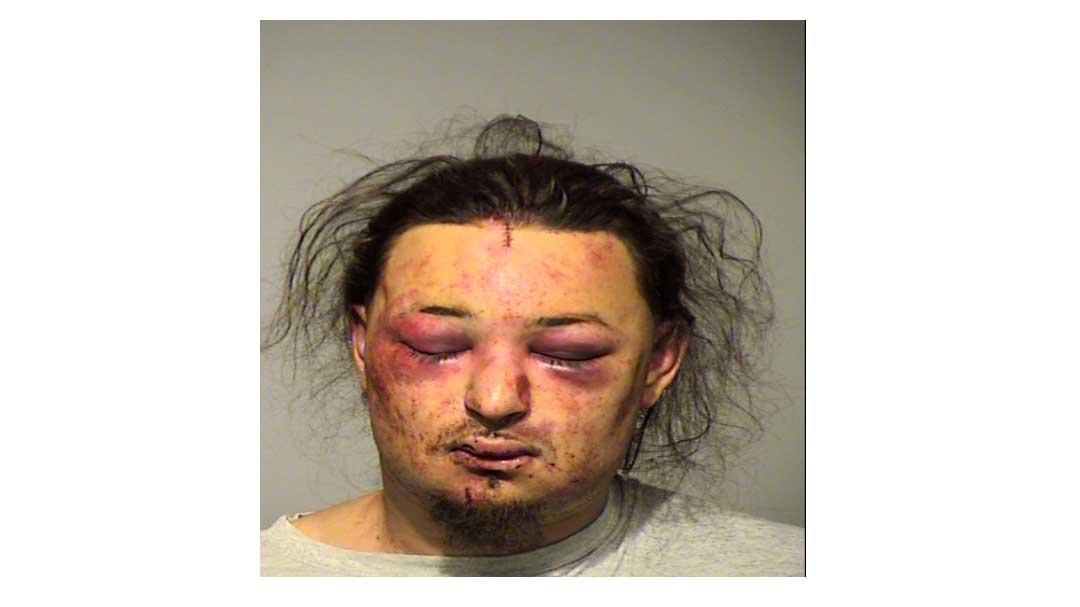 A Milwaukee man allegedly kicked his pregnant girlfriend in the stomach over text messages concerning him and another woman.

The alleged victim provided a statement to police. The criminal complaint does not include a statement from the defendant.

According to the criminal complaint, the pregnant woman became upset after seeing text messages between the suspect and another woman.

She allegedly asked him to leave her residence.

He allegedly pulled the victim off the couch by her legs.

According to the complaint, the suspect then picked up a blunt object and hit the victim’s vehicle multiple times.

The suspect was found guilty in the past for possession of THC, and because of this an additional charge of habitual criminality was added to the new charges.

There is no mention in the criminal complaint as to how the man received his injuries visible in the mugshot.

"Milwaukee Police investigated a battery that happened on Sunday, November 13th, around 10:45 p.m.  A suspect battered the victim and broke the victim’s property.  The suspect was arrested several hours later.  The case has been charged by the DA’s office."