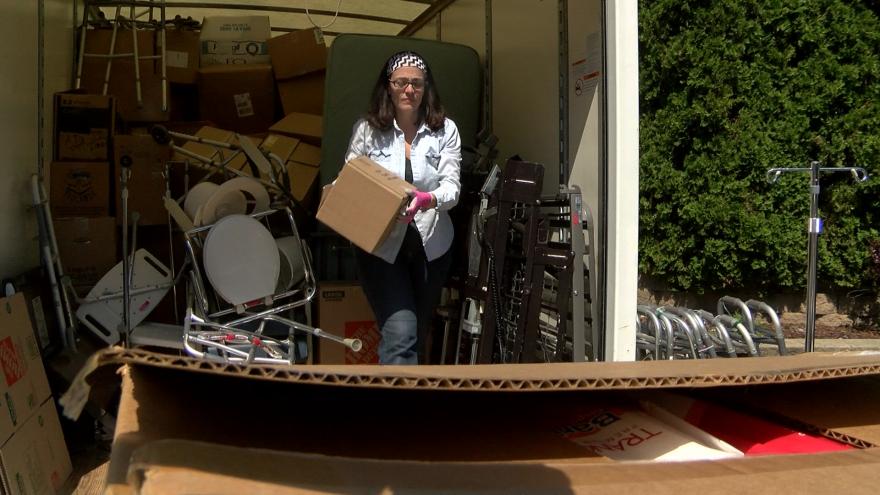 Business leaders and volunteers from the Felix Mantilla Little League collected 7 tons of supplies. Mantilla, who is from Puerto Rico was one of baseball's first Latino players and played for the Milwaukee Braves.

"A group of us got together, including my father, and said what can we do?" Felix Mantilla Jr. "I have been amazed by the generosity of so many people who have really decided t have an impact."

Personal care items were collected including shampoo, toothpaste, and diapers. The supplies will be sent to two towns in Puerto Rico, including Mantilla's home town of Isabela.