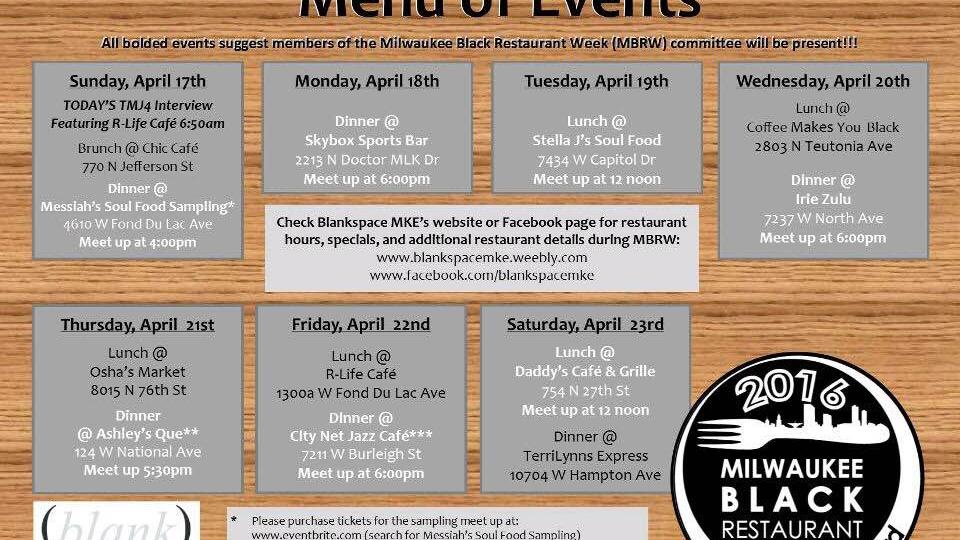 "If you are not used to patronizing minority owned businesses we found that a lot of people are like, 'Wow. Really, this is here? I never knew this was here.' So I think a lot of undiscovered gems are going to be discovered during this week," said Symphony Swan with Blank Space MKE.

Blank Space MKE organized MKE Black Restaurant Week. In a release on their website, they say:

"MKE Black-Owned Restaurant Week is an opportunity for Black-Owned restaurants to bring in new customers and raise awareness. It allows Milwaukee to support minority owned eateries.

"Cities across the country often host an annual restaurant week or dining week during which a number of local establishments will offer dining deals to bring in new customers and raise awareness about local businesses. Since 1992, the original Restaurant Week has introduced millions of foodies to new and exciting eateries and become an international institution. Why not bring this same movement to the Black community?

"Black Americans are just 13 percent of the U.S. population but will have a buying power of $1.4 trillion by 2019. Because we know that not enough of the money is "flowing back into" black communities – MKE Black Restaurant Week is a method to introduce "foodies to new and exciting eateries" in the black community.