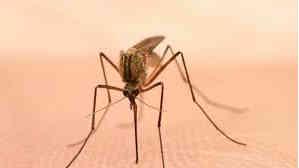 West Nile virus has shown itself in area mosquitoes according to the Milwaukee Health Department.  The mosquitoes were collected and tested as part of the MHD’s seasonal West Nile surveillance and prevention efforts that includes reporting of birds, mosquito samples, and human cases of infection along with placement of larvicide treatments.

“Though the City of Milwaukee Health Department has not seen a confirmed case of West Nile virus in an individual this year, detection of the virus in mosquitoes serves as a reminder to all city residents to protect themselves against mosquito bites,” said Commissioner of Health Bevan K. Baker according to a news release.

The health department says most West Nile virus infections in Wisconsin typically occur between June and September, and are transmitted to humans through a mosquito bite.  Only 20 percent of individuals bitten by an infected mosquito will develop symptoms such as fever, rash, headache, and joint pain. Those most susceptible to serious illness and hospitalization associated with West Nile virus are individuals over 50 years of age and those with underlying medical conditions such as cancer, diabetes, and hypertension. If you experience symptoms of West Nile Virus, contact your health care provider.

Click here for more information from the Milwaukee Health Department