Milwaukee firefighter speaks out about being injured battling a fire 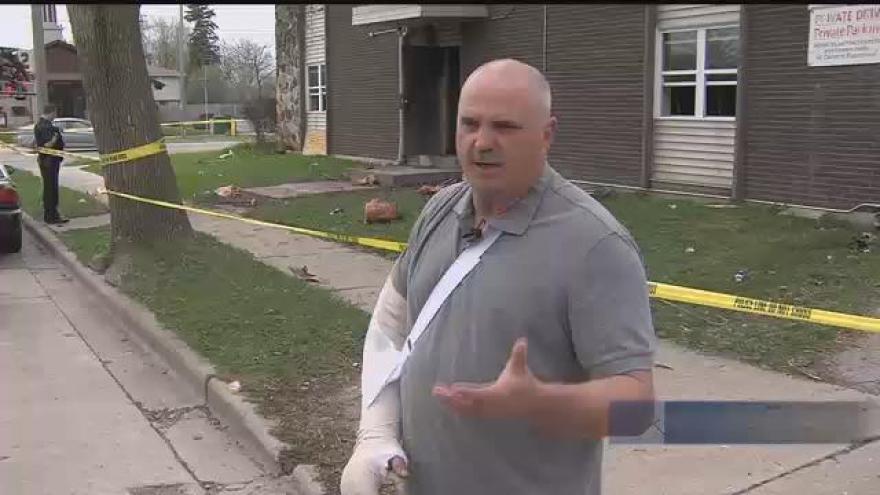 A Milwaukee firefighter was hurt while battling a house fire yesterday.

He spoke to CBS 58 for the first time.

Lt. Tom McMenamin will need surgery on his wrist and elbow-but he told us he's grateful it wasn't worse.

The lieutenant tells us this was a pretty routine call-a vacant apartment building caught fire.

The smoke was waist deep so it was very difficult to see what's going on.

The lieutenant thought he was reaching for an apartment door, but instead he fell off a balcony, from the second floor, to the first floor.

Mcmenamin is 27 year veteran with the Milwaukee fire department-and says he isn't sure this could have been prevented, but he went back to the scene today to take pictures so he can teach his fellow firefighters a lesson.

The lieutenant has a shattered elbow, and two broken bones in his wrist-still he says he's anxious to get back to work.