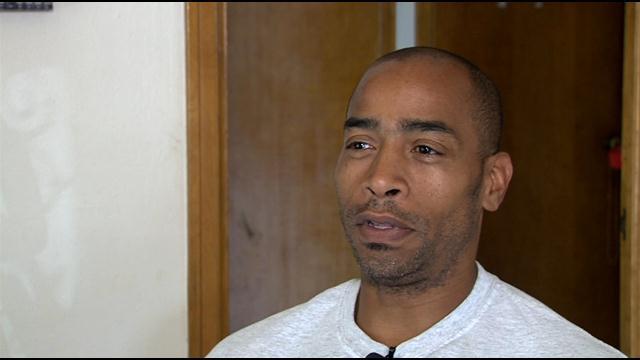 Working out prepares Frederick Coleman to save lives in the face of danger every day.

But the 11-year Milwaukee firefighter said you can never be ready for gunfire.

\"We're not there to do anything but help people,\" he said. \"We're unarmed. We're not trained to dodge bullets.\"

In the early morning hours of July 6, that's exactly what Coleman had to do.

His engine company responded to a routine medical call at 40th and Lisbon. While moving the patient into the ambulance, Coleman said, \"there was four or five gunshots that just felt like they were right at my ear.\"

So he ran behind the vehicle to take cover.

\"I could feel my head got hit somewhere,\" he said. \"Maybe about two minutes later, I checked myself again and there was blood trickling down.\"

The bullet grazed the right side of his head just above his ear. The 46-year-old has no battle wound to show, instead, he's alive to see his family.

\"I was really upset in the beginning. I'm still upset for why?\" he said. \"Why would someone do something like that?\"

Multiple bullet holes are visible on the ambulance Coleman used protect himself. He was worried firefighters would become a target of the increasing nationwide hostility being directed toward police.

\"I was hoping we wouldn't get to that in America or here in Milwaukee.\"

So instead of being angry, Coleman wants to use his experience as a way to build the community, encourage young people to do what's right and teach people how to conduct themselves around emergency personnel.

\"Educate and share with people there's a certain respect that we must have for everyone,\" he said. \"We have to gain respect.\"

Coleman will continue to be a firefighter, but he's not exactly sure when he'll return back to duty.

Meanwhile, Milwaukee police believe Coleman was not the intended target of the shooting. There are no suspects at this time.