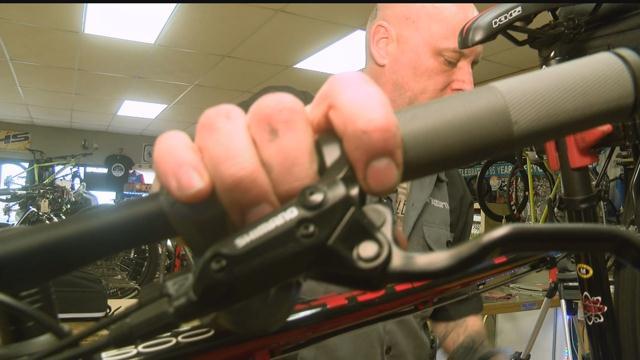 Bicycling Magazine, the world’s largest cycling magazine brand, announced the results of its biennial ranking of America’s 50 Best Bike Cities 2016. Editors analyzed over 100 U.S. cities’ data including the number of bicycle facilities, people per bike share, bicycle-friendly businesses, and safety. The full ranking is available in the November/December issue, on newsstands beginning October 11.

“Cities continue to become bike-friendlier every year we build this list,” says Bicycling Editor-in-Chief Bill Strickland. “With initiatives such as bike sharing on the rise and cities like Chicago making major headway with- infrastructure including curb-protected bike lanes, this list will continue to grow as will the number of cyclists.”

The editorial team reviewed U.S. Census and Department of Transportation data on more than 100 cities, consulting with experts and data from organizations such as People for Bikes and the League of American Bicyclists, and spoke with bike advocates and everyday riders. Editors looked at the overall percentage of bike commuters in each city and the rate by which that number is growing. They catalogued the amount and quality of cycling infrastructure in each city—including miles of protected bike lanes and roadways marked with sharrows (shared lane markings)—and how recently it’s been implemented. They accounted for transportation budgets, civic and political commitment as well as historical performance and future projections. Finally, they hit the streets and talked to local advocates, officials, and everyday riders in each city on the final list, as well as those cities that didn’t make the cut.