Milwaukee DPW: Requests for pothole fixes down from previous years

Milwaukee DPW: Requests for pothole fixes down from previous years

MILWAUKEE (CBS 58) – Warmer weather is a welcome sign that spring is right around the corner, but it also means potholes make their annual return to area roads.

“It’s like potholes everywhere, like if you dodge one you hit another one,” Sherry Standley, of Milwaukee, told CBS 58. “It’s very bad, like you don’t even want to drive down that street.”

For drivers like Standley, this time of year brings headaches caused by the bumpy and damaging presence of potholes.

“I have damage to my car, I broke my back shock, so yeah, it’s bad,” Standley said. “You will tear up your car up out here on these streets.”

Drivers say potholes not only are a safety issue but can also be costly and add a financial burden.

“That causes accidents,” Antoine Sau, of Milwaukee, said. “It’s causing a lot of financial problems for people because people can’t afford to spend, even if it’s just 300-to-500 dollars, on just one wheel.”

While the Milwaukee Department of Public Works acknowledges potholes are an annual issue, they say it’s not as bad this year, thanks in part to weather.

“Potholes have actually not been as bad as in past years,” DPW Street Services Manager James Washington said in an interview. “That’s mainly because we haven’t had the fluctuation in warmer, colder weather. The actual deep cold in February actually helped because the weather wasn’t fluctuating.”

DPW also said requests for pothole fixes are down compared to previous years. 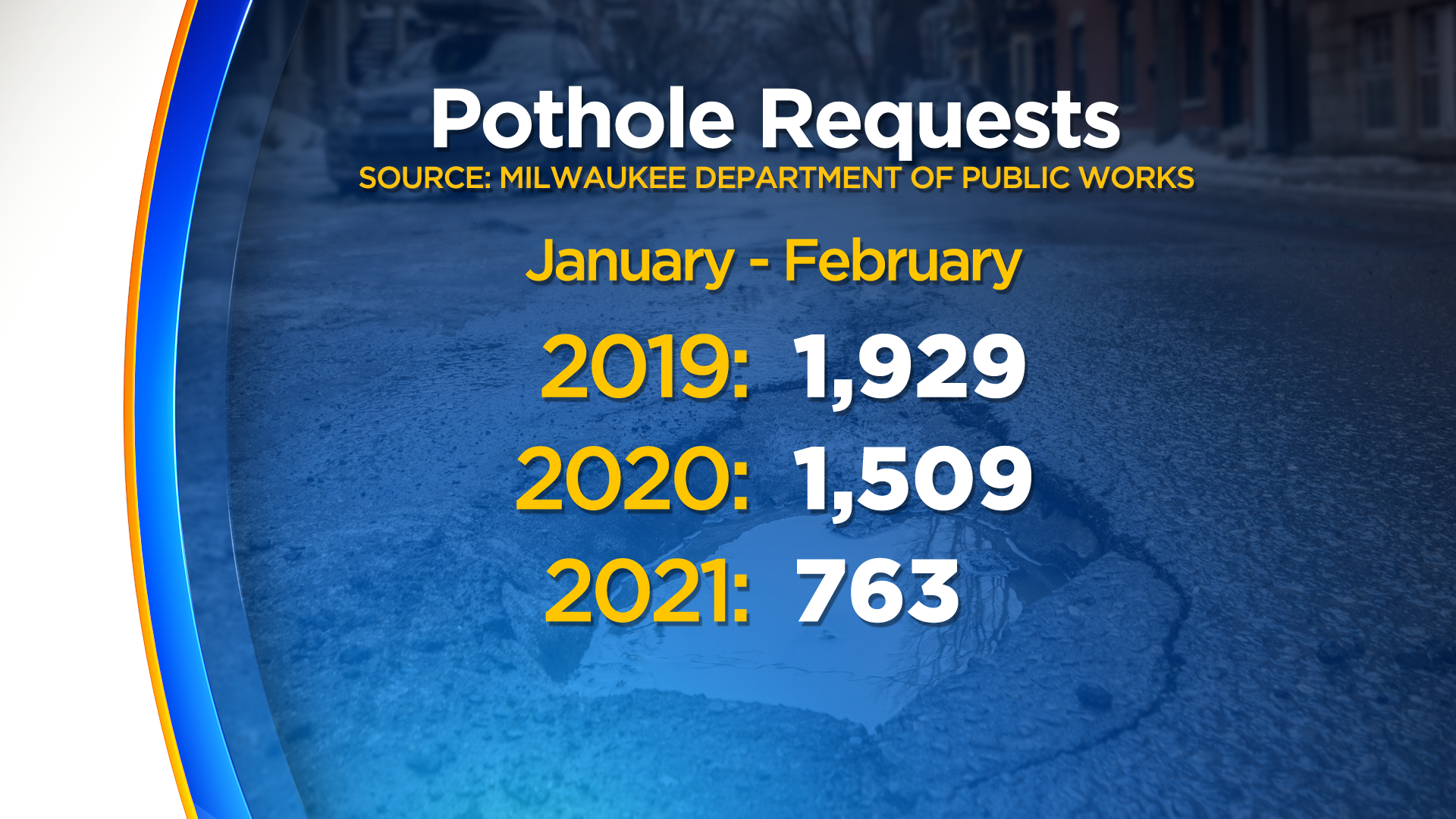 DPW expects requests to increase in the coming weeks, but told CBS 58 they’re prepared to handle the workload.

“We’re out in full force right now attacking the potholes,” Washington said. “We’ll be ramping up our crews in the next few weeks as well.”

DPW said its goal is once it receives a request to fix a pothole, to complete the repair within three days. Currently, the department is averaging fixes in 1.45 days.

In Milwaukee, people can request a pothole to be fixed with three methods: