Milwaukee deputy struck on I-43 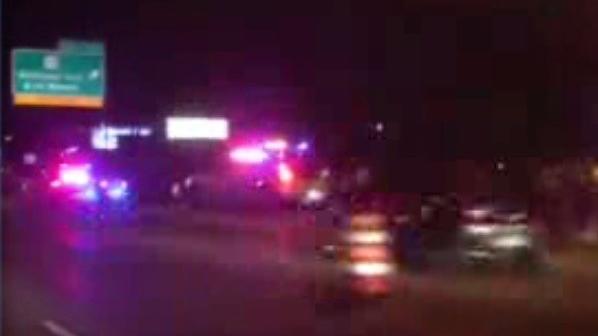 A Milwaukee County Sheriff's deputy was injured when his squad was struck on the interstate early this morning.
Milwaukee Sheriff's Department officials said his squad car was struck on I-43 southbound near the high rise bridge at the Marquette interchange at 12:30 a.m. Thursday.

The squad’s emergency lights and large overhead blinking arrow were activated at the time of the crash.  The deputy was transported to the hospital for treatment of neck and back pain and released.

The driver of the striking vehicle, John D. Dobersek, age 52, of Racine, drove his 2013 Jaguar into the rear of the squad as the deputy was closing the right lane for road construction crews.

A roadway behind the squad was also marked with an amber arrow board and orange construction signs indicating there were closures ahead.

Dobersek was not injured in the crash and said he did not see the squad in front of him.  He said he had six Tanqueray and tonics at the Encore strip club, 101 S. Dana Court, Milwaukee.