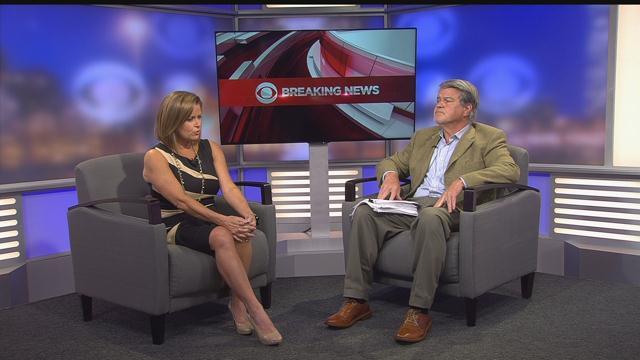 "It's  the federal court saying the state court system failed to apply well established law such that it resulted in depriving Dassey of his constitutional rights."

Flynn said we've seen this before, most notably during the civil rights struggle in the south.

But this application is extremely rare.

While the defense lawyer was heavily criticized in a documentary for Netflix called "Making A Murderer"  and in Friday's ruling over his conduct and ethics, those were not the grounds for overturning the conviction.

Flynn says its important to note that it was violation of Dassey 5th amendment rights and the determination that the confession was involuntary and unreliable.

"It should never have been admitted," added Flynn.

The court ordered that Dassey be retried or released in 90 days.

Flynn says it's likely the Department of Justice will appeal and ask for a stay pending that appeal.

"Who know what will happen then," Flynn admitted. "When seventh circuit sees this,  it will probably agree with ruling give it was a boy with intellectual deficits and no blood evidence."

Flynn says at that point a plea bargain may be in the works. Perhaps making Dassey eligible for parole sooner.

"We're just guessing," Flynn admitted. "But everything's on the table."

Flynn believed the decision is isolated and will have no direct impact on co-defendant Steven Avery who claims evidence was planted on his property in the slaying of the photographer back in 2005.

"I imagine the Avery lawyers will study this. But, I think this is unique and only involves Dassey."

While clearly a condemnation of the system, Flynn says people should still feel confident about justice system and police work.

"This is a fine line.  The police are charged with a difficult task to ferret out crime and to use decoys and deception. They are
re supposed to lie to get information. But this decision reigns it in when your dealing with a boy.   For most people, they should have confidence in the system."

But Flynn also urged viewers to always ask for an attorney when questioned by police.

He says many times the instinct is that if I'm innocent I automatically talk.

"When you are approached  by police say 'no I don't want to talk with you. I want a lawyer present. I want to get this right."