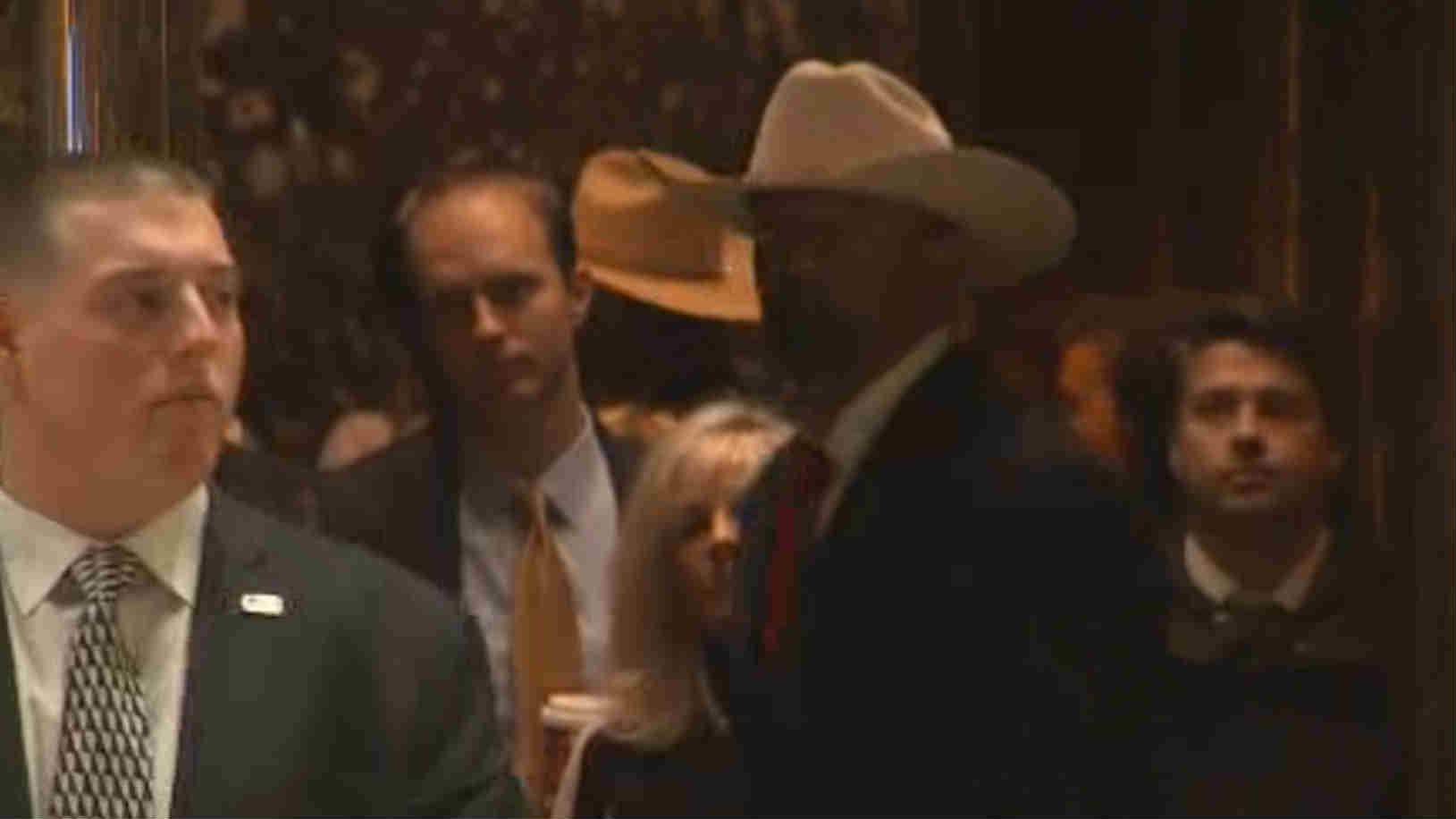 Milwaukee County Sheriff David Clarke offered no comment as he arrived for interviews with the transition team for President-Elect Donald Trump.

Months ago on the CBS 58 News at 4, Sheriff Clarke voiced his support for the then candidate.

It was shortly after some speculated he would be on the ticket as a Vice Presidential candidate.

Sheriff Clarke said he would be interested in serving in a cabinet position, such as Homeland Security Secretary.

Wearing a suit jacket and white cowboy hat, Sheriff Clarke only acknowledged the assembled cameras in the lobby of Trump Tower as he boarded the elevator.

To see the original interview with CBS 58 News click here

Sheriff Clarke did issue a written statement back on November 9th that said in part:

Earlier in the day President-Elect Trump tweeted out about his interview with General Petraeus and how he was impressed.

So far, no tweets about the Sheriff.