MILWAUKEE (CBS 58) – Milwaukee County leaders are taking action to fight the opioid crisis by filing a lawsuit against drug makers.

Milwaukee County is joining many other counties in cities in Wisconsin and across the nation in suing pharmaceutical companies.

The county says they have filed suit against five of the largest drug manufacturers that push opioids.

"We must maximally go after those who sought to make the most from their wrong doing," Daun said. "And that is both manufacturers, and distributors."

"He was 28 years old, and had a lot of his life left. And I looked forward to seeing his wedding, and seeing his kids."

In 2017, 336 people in Milwaukee County died from drug overdose deaths, the majority of which involved opioids. This more than doubles the number of overdose deaths from 2012 and was greater than the number of suicides, homicides and motor vehicle accidents combined in 2017. EMS paramedics, firefighters and law enforcement administered 1,232 doses of naloxone to individuals who were overdosing in 2017. 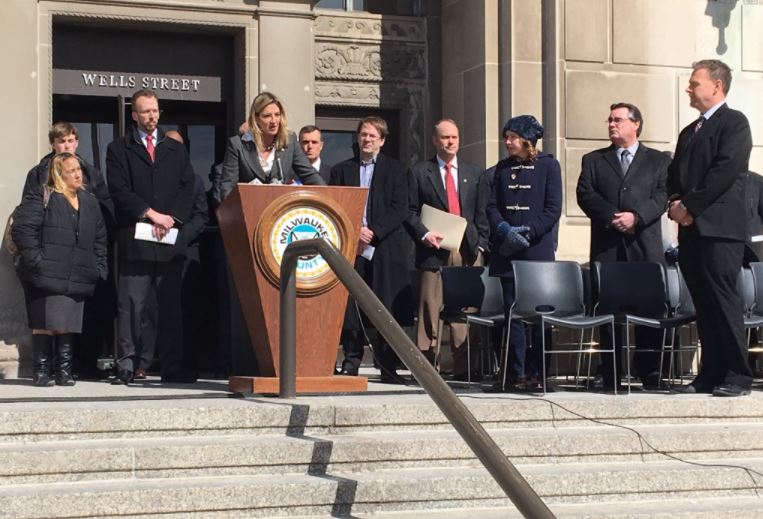 A study released last week by the CDC demonstrates that the opioid epidemic in Wisconsin shows no signs of abating. Based on data from emergency room visits from July 2016 to September 2017, Wisconsin saw a 109% surge in opioid overdoses over that period, well above the national increase. Milwaukee County has led the state with the highest rate of inpatient hospitalizations and emergency department visits involving opioids. Based on data from 2012 to 2014, the rate was 82.2 visits involving opioids per 100,000 residents.