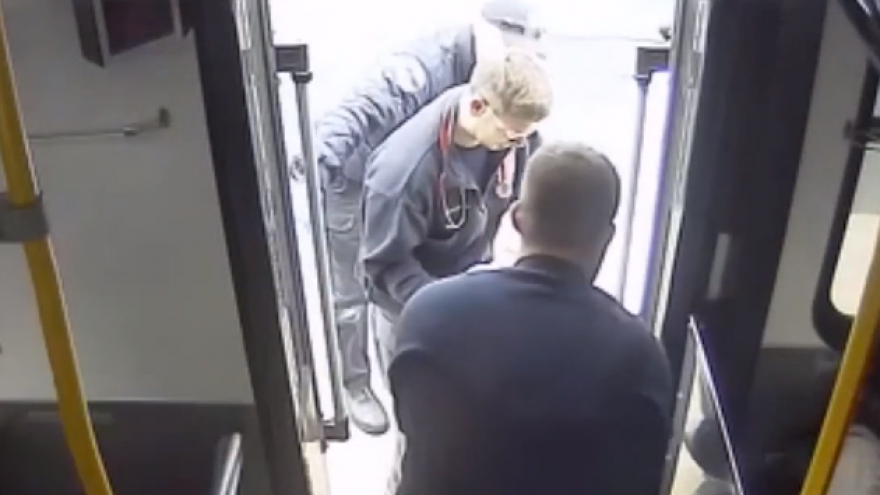 MILWAUKEE (CBS 58) -- A Milwaukee County bus driver sprung into action after he noticed a passenger was having a heart attack in the back of his bus.

MCTS says Carlos Nunez was able to think quickly, running across the street to a hospital to get help for the passenger who was suffering from a heart attack.

MCTS acknowledged Nunez’s heroic efforts in a video posted toTwitter and Facebook Monday morning. In the video, you can see Nunez running across the street to the St. Luke’s Medical Center to get help from the E.R. Paramedics came to the scene a little later, taking the woman from the bus and giving her the proper medical attention she needed. She spent three days in a hospital.

You can watch the heroic video below.

"He was a blessing to me that day."
An MCTS rider is giving thanks to her bus driver for saving her life.
Another story of #MCTSExcellence
CC: @MilFireDept@Aurora_Healthpic.twitter.com/FvUjb8tEjd