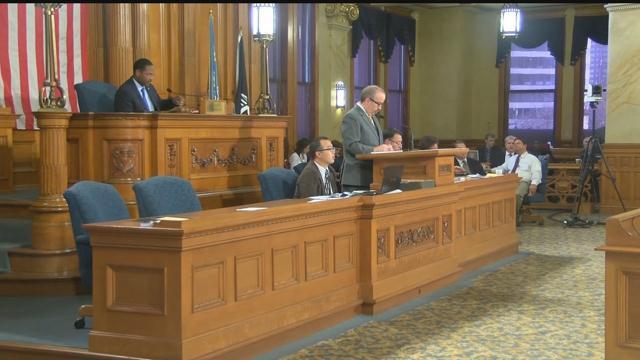 The Milwaukee Common Council is working on next year’s budget.

One of Friday’s main points of discussion was money used for public safety and the police.

The council did vote to eliminate three police positions and then use that money, 100 thousand dollars, for a special fund for targeted recruitment of police officers. The amendment passed after spirited discussion from members on both sides of the issue.

“There is almost no great urgency in all the changes were going make than to change that basic fact that I don't think I need to explain to anyone how important that is … for the future of community relations," says Kovac.

The council also unanimously passed an amendment to create a special fund called "neighborhood block watch" within the police department.

It provides 150 thousand dollars for distribution of cameras and street lighting for parts of Milwaukee.