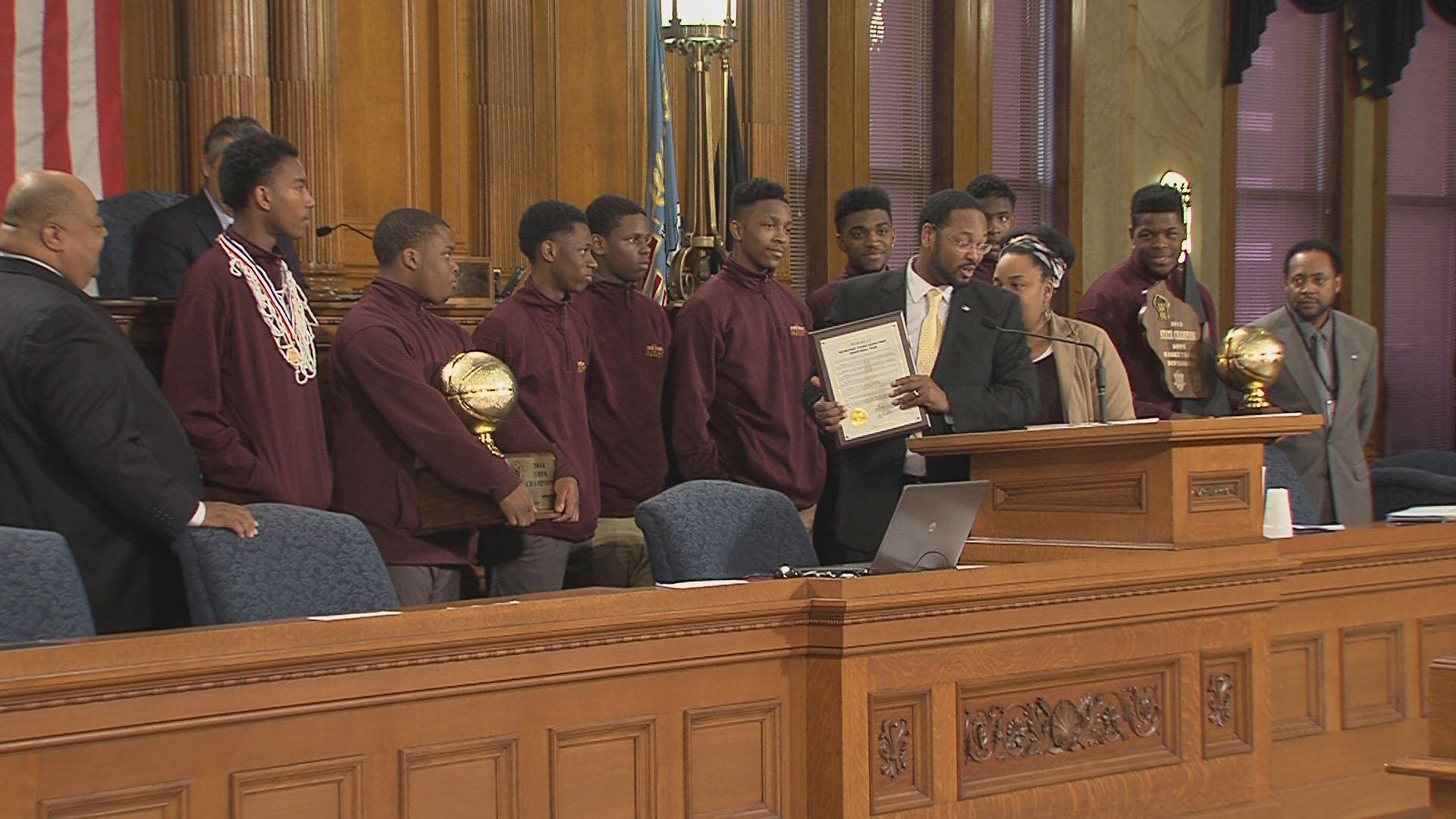 A regular feature of the CBS 58 News at 4 is to bring you \"Our Stories with Michele\" a collection of good works in the community or stories that may be off the beaten path but give a complete picture of the place we call home.

On Tuesday, CBS 58's Michele McCormack featured three local high school basketball teams being honored for achievement on the court and in the game of life.

\"In the history of the council chambers, never have we had so many great athletes in this room,\" declared Council President Michael Murphy to thunderous applause.

Milwaukee can claim three state championship basketball teams, and the common council wants the city to know that.

\"So just know that people have been watching and supporting for years,\" Alderwoman Milele Coggs told the team. \"We know that you've worked hard to get to this point.\"

The schools were recognized for insisting that athlete and academic achievement go hand in hand.

Roles models for the students that will follow and in the midst of such accolades, putting value on humility.

\"We take our presence as the largest co-ed Catholic School in the state as a very humbling privilege to serve education.,\" said Pius XI President Dr. Melinda Lawlor Skrade.