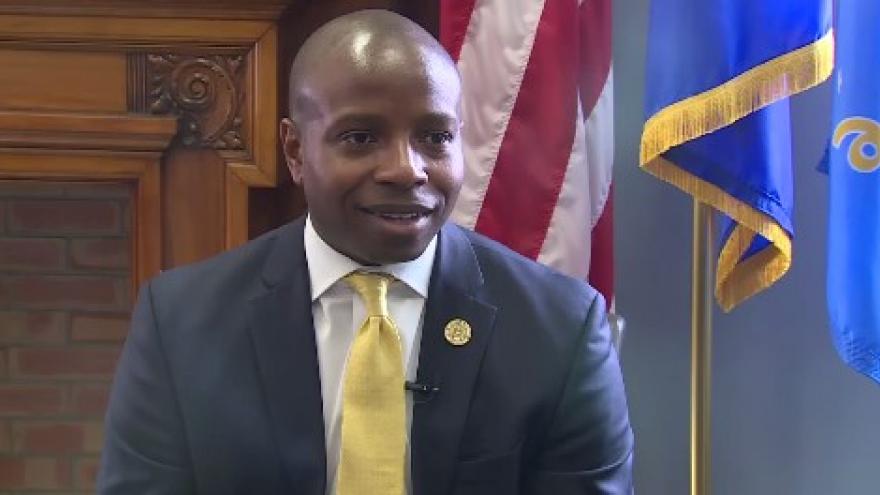 MILWAUKEE (CBS 58) -- Milwaukee Common Council President Cavalier Johnson will be switching from his office on the north side of Milwaukee's City Hall to the south side once Mayor Barrett steps down.

However, Johnson hopes the change in office won't be temporary.

In a conversation Thursday, Aug. 26, with CBS 58, Johnson said he will run to take over from Mayor Barrett once a special election is announced.

" I 100 percent intend to run for mayor, absolutely yes sir."

Milwaukee Common Council President is next in line to serve as acting mayor if Mayor Tom Barrett is confirmed as the U.S. Ambassador to Luxembourg by the Senate.

Once Johnson is appointed acting Mayor of Milwaukee, he will be only the second African-American to hold the Mayor's office in Milwaukee history.

Johnson says his immediate focus as acting mayor will be on Covid, working to convince more Milwaukeeans to get vaccinated.

Additionally, Johnson says he will also continue to focus on public safety.

Over the summer, reckless driving has been a major problem across the city, but most recently in Johnson's ward with drivers showboating cars across the grounds at Marshall High school and drag racers killing other drivers at two intersections.

Johnson says in his lifetime, there have been only three mayors in Milwaukee. Two elected and one acting.

He hopes to be the next.

"Change is in the air, and Milwaukee is looking towards the future, and I think now is the time to do that" Johnson said.

If Johnson wins the upcoming special mayoral election, he would join a class of African-American millennials that are holding leadership posts in the Milwaukee area.