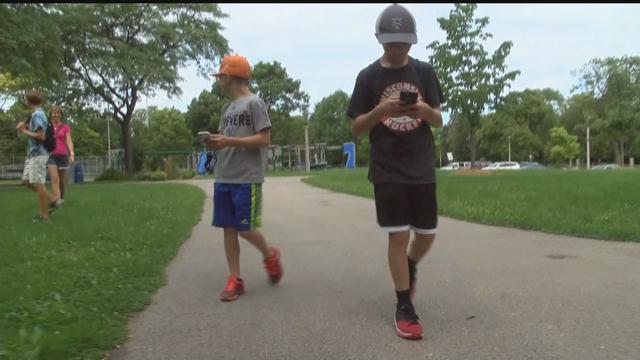 Milwaukee County Parks officials have sent a message to the creators of Pokemon Go. They're demanding the company get permits for every single "pokestop" on county property.

In a letter dated August 16, county officials wrote that players are disrupting parks while headed to those pokestops.

For people not up on Pokemon Go, a pokestop is an invisible landmark that attracting players to certain areas. Milwaukee County officials describe those spots as "virtual geocaches" and that each of those require a permit.

"Well most famous spots are pokestops. And there's usually a lot of Pokemon by the pokestops," Smith said.

And that was the goal laid out by Pokemon Go developer Niantic Inc.: get people outside and interacting.

But in the letter from Milwaukee County Director of Parks John Dargle, he lays out the downsides "which have caused significant disruption both within lake park and in adjacent neighborhoods. These include daily traffic congestion, parking issues littering, compacted and damaged turf...and noncompliance with park system operational hours."

The letter calls for immediate compliance to park policies - meaning separate permits would be required for every single pokestop on Milwaukee County park property.

Players say there are dozens of pokestops in Lake Park alone.

Patrick Smith says the reason he's even at the park is Pokemon Go and he's disappointed there's a move to restrict it.

"I don't really think it messes up the grass cause grass is meant to be played on in certain places. And this is a park so you should be able to walk on it," Smith said.

Niantic Inc. has not responded to if they have received this letter or if they plan to respond.

It's unclear if the county will pursue legal action if their request is not met.

If permits are applied for and approved Milwaukee County Parks recommends the permit-holder monitor the condition of the space at least four times a year.