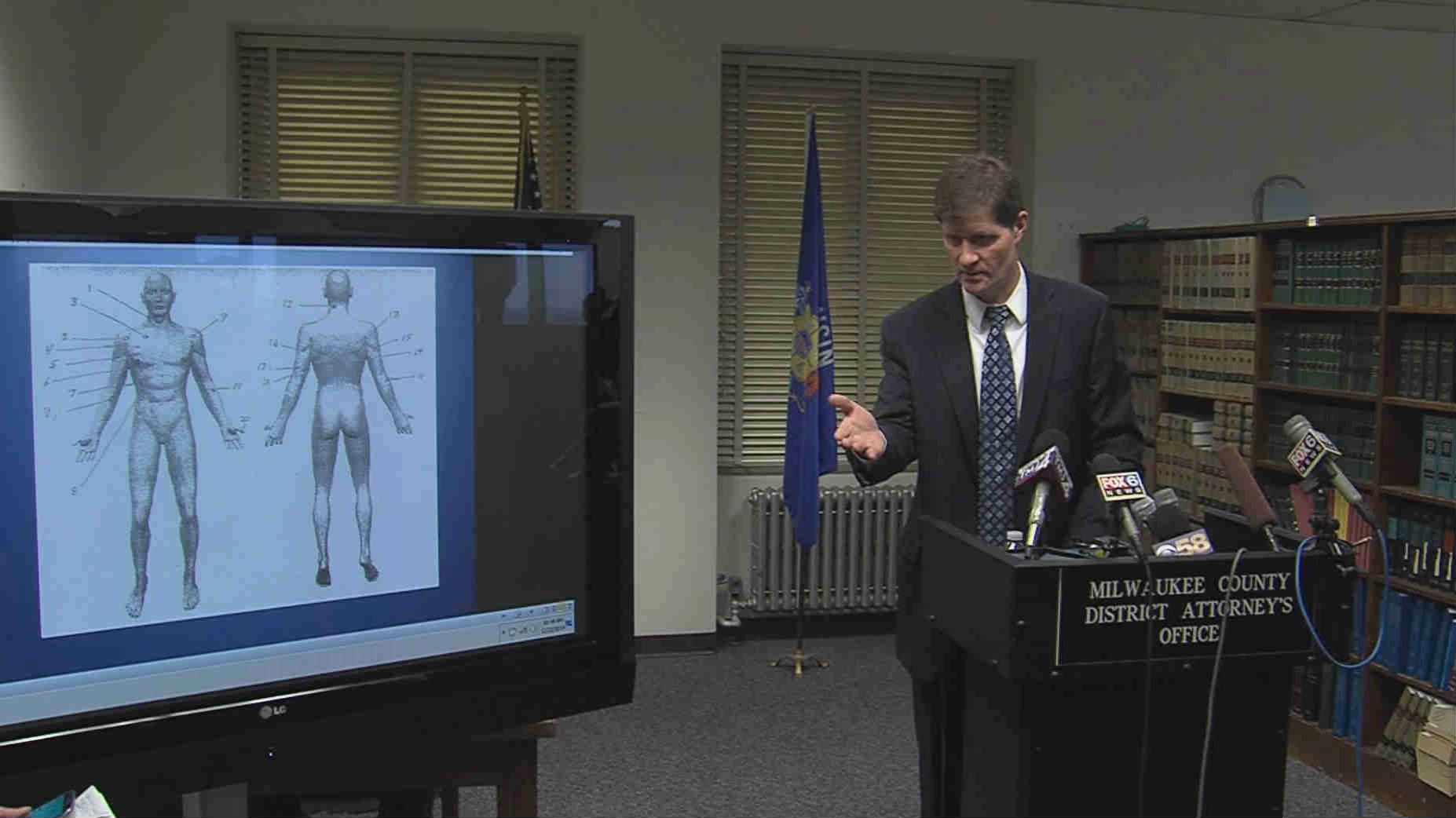 The DA released a 30-page report detailing findings from several external reports as well as the Medical Examiner's report.

\"Officer Manney was exposed to reasonable risk of death or great bodily harm,\" Chisholm said during a press conference in the Milwaukee County Safety Building.

\"[Police] are allowed to employ force to stop the threat,\" Chisholm said.  \"As long as the threat is present, they are authorized to use force.\"

But was that force excessive? Chisholm explained Manney fired 14 shots quickly. The DA played a video showing just how fast Manney's weapon can shoot.  The example showed a subject in a shooting range firing 14 shots in just under three seconds.

\"According to the citizen witnesses that saw the majority of the incident, the officer stopped firing as soon as Mr. Hamilton went to the ground,\" Chisholm said.

No video cameras were pointed at the park when Manney and Hamilton struggled, but Chisholm said his office recorded dozens of witness accounts.

\"Part of the delay is they spent hours and days and a month going through every single report,\" Chisholm said of the state's Department of Criminal Investigation's findings.

But DCI submitted its opinion in early August. Further delay came from waiting on nationally-renowned Use of Force expert Emanuel Kapelsohn's report.

\"In this case, what I needed was a thoroughly independent outside expert,\" Chisholm said. \"I came to no conclusion until I had received that report.\"

Kapelson's work finally came in December 17th, stating \"the amount of force is difficult to question.\"

\"Our obligation is not to tell people necessarily what they want to hear,\" Chisholm said of his position as district attorney.  \"We have to follow our ethical obligations and the law and sometimes that's very difficult.\"